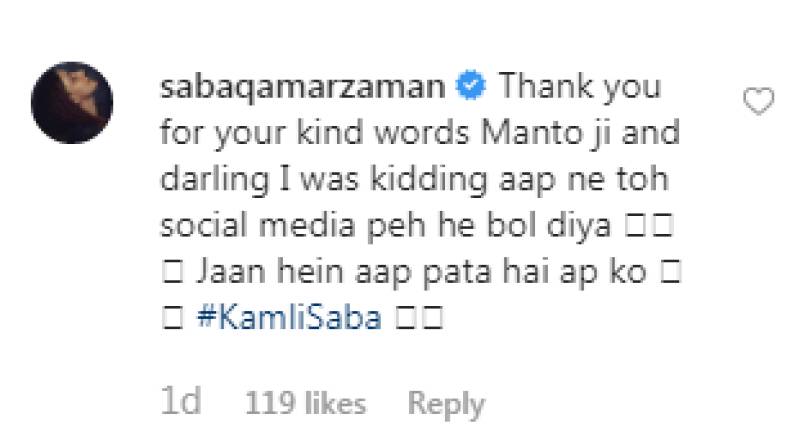 He went on to call Saba a phenomenon. “Aik he piece hai aisa. Koi aur shaakh nahi hai inki (She’s one of a kind and has no branches).”

Sarmad also had an “immodest” confession to make: “She makes me look quite nice in this photo.” The picture was a sneak peek from the sets of his upcoming project Kamli, the director said. Kamli is expected to release in Summer 2020.

Responding to the lovely post, Saba thanked the showbiz fellow for his kind words and the overwhelming compliments. “I’m touched,” she wrote while reposting the picture. Sarmad’s latest directorial venture, Zindagi Tamasha, was recently screened at Busan Film Festival and also managed to bag an international nomination prior to its Pakistan release.

The duo has earlier worked together in Manto, where Sarmad shared the screen with Saba and also directed the film.

Have something to add? Let us know in the comments box below.