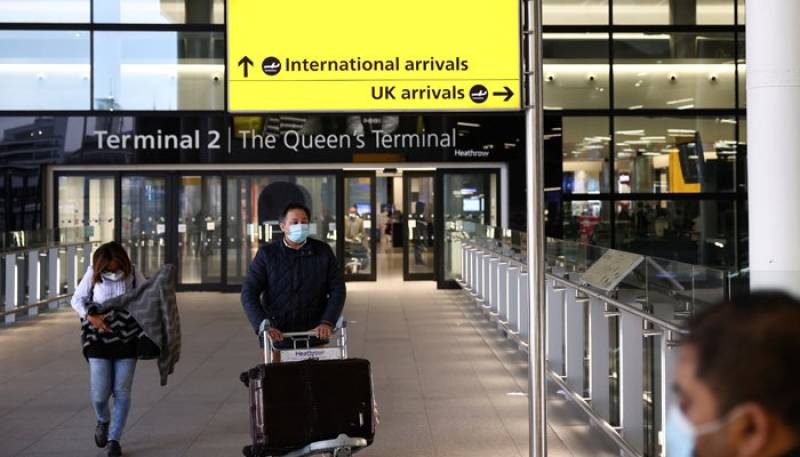 ISLAMABAD – Around two weeks after moving Pakistan from ‘red’ to ‘amber’ list, the United Kingdom (UK) Tuesday issued an updated travel advisory for people coming from the South Asian country.

Report of Dunya News quoting sources cited that the Pakistani nationals have been directed to quarantine themselves at their residence for a period of 10 days.

According to the recent travel updates by British authorities, Pakistanis have also been advised to undergo a Covid test a day before starting their journey and on the second and eighth day.

Meanwhile, Britain has also updated its travel advisory for its nationals traveling to India. The development came after the neighboring country mulls to impose reciprocal curbs on British visitors stating that UK nationals visiting India this month will be mandated to undergo a 10-days quarantine.

Meanwhile, Pakistan reported the lowest number of coronavirus cases since July. According to the National Command and Control Center, 1,308 cases were reported in the past 24 hours while 54 people lost their lives.

The death toll from the deadly virus currently stands at 27,947 whereas the number of confirmed cases has soared to 1,252,656.

ISLAMABAD – Pakistan on Tuesday reported the lowest number of novel coronavirus cases since July. According to ...