Obama, Putin hold informal meeting as US and Russia fail to reach deal on Syria 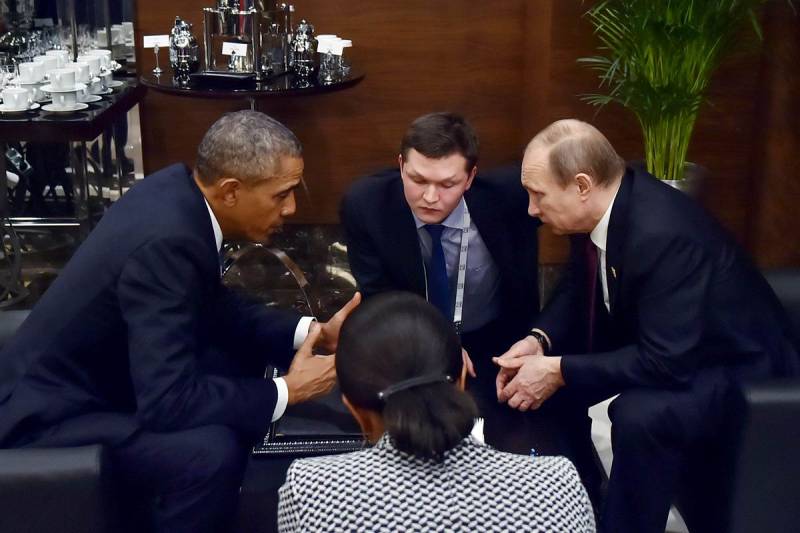 BEIJING - As the American and Russian negotiators Monday failed to reach an agreement to curb violence in Syria in the latest round of talks, US President Barack Obama and his Russian counterpart Vladimir Putin held an informal meeting on the sidelines of the G20 summit in China.

White House spokesman Ned Price said that the meeting took place in private and that the further details will be shared with the media later in the day.

Meanwhile, another round of talks between US Secretary of State John Kerry and Russian Foreign Minister Sergey Lavrov ended without reaching an agreement on a complete ceasefire in Syria.

Both countries have been trying to reach a deal to end violence among the US-backed rebels and pro-Russian forces of Bashar al-Asad.

Last week, media reports suggested that the US and Russia were close to sign a bilateral deal on the Syrian conflict, however, on  Sunday President Obama told reporters that there were several disagreements between the two sides.