Philippines' President tells the United Nations "to f**k off", calls Obama "son of a..." 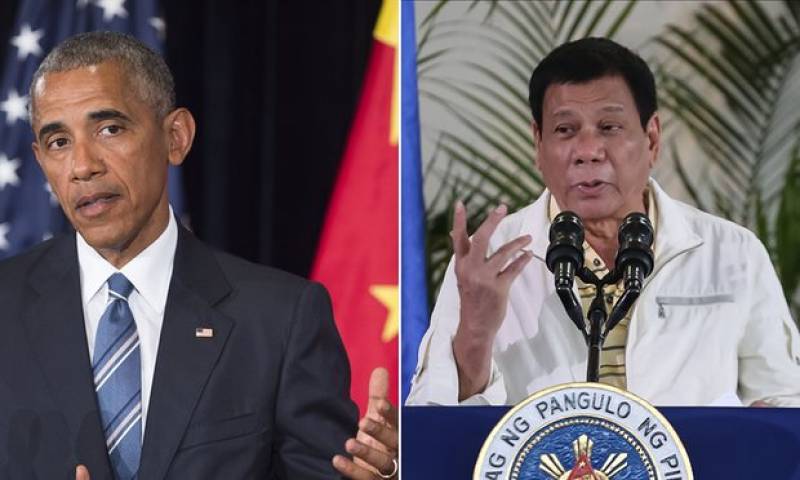 MANILA - Philippines’ president on Monday called Barack Obama a “son of a whore” as he lambasted at US leader for lecturing him on human rights when they meet in Laos.

Rodrigo Duterte warned the US president to stay away from the subject of extrajudicial killings in his country’s brutal drug war when they meet on Tuesday at a regional summit in Laos, telling a press conference that Obama “must be respectful”.

“You must be respectful. Do not just throw away questions and statements. Son of a whore, I will curse you in that forum,” Duterte told a news conference shortly before flying to Laos to attend a summit.

“We will be wallowing in the mud like pigs if you do that to me.”

Duterte further blamed the US for triggering the unrest on the southern Philippines Island of Mindanao.

"As a matter of fact, we inherited this problem from the United States," he said. "Why? Because they invaded this country and made us their subjugated people. Everybody has a terrible record of extra-judicial killing. Why make an issue about fighting crime?"

He added: "Look at the human rights of America along that line. The way they treat the migrants there."

"Who does he think he is? I am no American puppet. I am the president of a sovereign country and I am not answerable to anyone except the Filipino people," Duterte scoffed in a speech Monday. "Son of a whore, I will swear at you."

He has also branded Pope Francis and the US ambassador to Manila sons of whores.