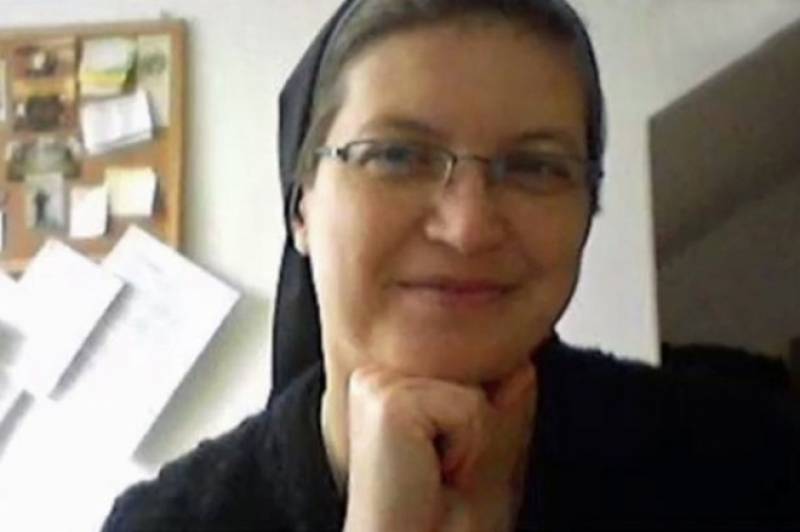 BRATISLAVA (Web Desk) - An over-zealous nun stabbed a schoolboy in the hand with a needle to show him how Jesus suffered.

Sister Ludovita, 30, had been giving RE classes at a school in the town of Kysucke Nove Mesto in northern Slovakia when she told unsuspecting pupil Adam Celko, 7, to come to the front of the class.

She then took a needle out of her handbag and rammed it into the boy’s hand in front of the horrified class, telling him that this was how Jesus suffered - and he would too if he behaved badly.

The boy’s outraged mum Helena, 30, said: "When Adam got home he had a wound on the back of his hand and when I asked him what had happened he told me the nun had done it. I was completely shocked. I mean, what on earth was she thinking?”

"And with Easter coming I began to worry about what she would do next - crucify one of the students or hammer a nail into their hands?"

A spokesman for the school said: "We strongly disapprove of this sort of teaching method. When I contacted the Sister she told me that the class had been learning about Jesus Christ and personal sin. She added that the children had been invited to voluntarily experience mild pain so they could empathise with the theme.”

“She said she had invited the pupils to prick themselves if they wanted to but were not forced to. She denies stabbing the boy and says he did it himself.”

"Either way, this is inappropriate behaviour and will not be tolerated in this school."

Local priest Peter Holbicka said: "The Sister in question has been removed from the school and I shall be taking the matter up with her personally."