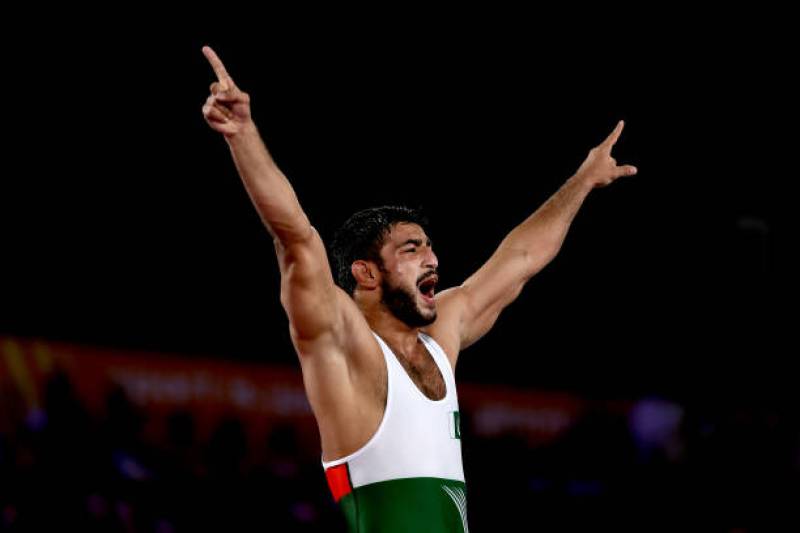 The Pakistani athlete fell short of counter-attacks of Indian arch-rival who got nine straight technical points. Sharif now joined Pakistan's Inam Butt and Zaman Anwar who earlier got silver medal for Pakistan at the multi-sport event.

Sharif reached the finals of the 74-kilogram freestyle category at the Commonwealth Games and was eyeing gold.

Earlier, the Pakistani wrestler made it to the finals after defeating his opponent and Kiwi athlete Cole Hawkins 11-0, while the latter failed to score any point. He outclassed Hawkings in 3 minutes and 53 seconds long semi-final contest.

Previously, Nooh Dastagir Butt etched his name in history after bagging gold on the sixth day of competition in Birmingham, it was Butt’s breathtaking lift that delivered the gold.