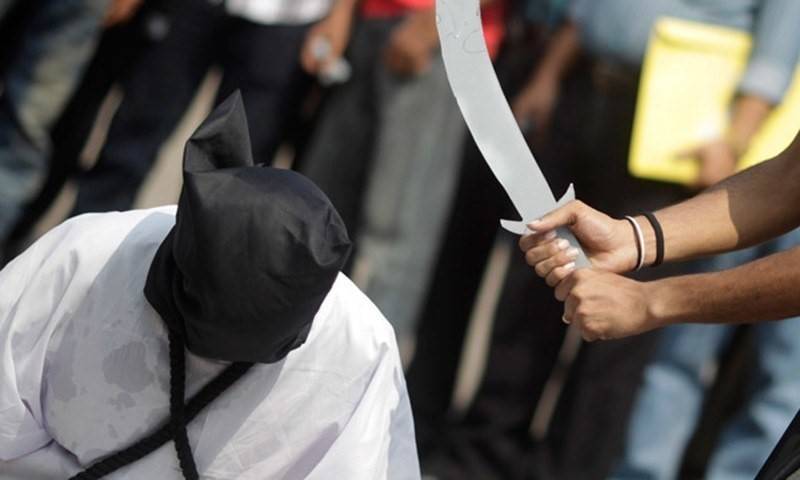 RIYADH - A Saudi court has sentenced 15 people to death for spying for Iran, Saudi-owned al-Arabiya television reported on Tuesday.

These 15 were among 32 people - comprising 30 Saudi Shia Muslims, one Iranian and an Afghan - who were detained in 2013 on charges of spying for Iran and went on trial in February.

In February, the Saudi state media reported that those charged were accused of establishing a spy ring in collaboration with Iranian intelligence and providing Iran with highly sensitive information on the Saudi military.

The reports said they also were charged with seeking to commit acts of sabotage against Saudi economic interests, inciting sectarian strife, recruiting others for espionage and participating in anti-government protests.

There are no details on the outcome of the trial for the remaining 17 suspects.

Shia make up 10 to 15% of the kingdom's 28 million population, and many assert that they suffer systematic discrimination in public education, the justice system, government employment and religious freedom.

Dissent is rarely tolerated, and between 2011 and 2013 more than 20 people were shot dead by security forces and hundreds more detained during protests by Shia calling for an end to discrimination.

Diplomatic relations between the Islamic Republic of Iran and the Kingdom of Saudi Arabia have been strained over different geo-political issues such as the interpretations of Islam, aspirations for leadership of the Islamic world, oil export policy and relations with the United States and other Western countries.

Although Saudi Arabia and Iran are both Muslim-majority nations and follow and rule through Islamic scripture, their relations are fraught with hostility, tension and confrontation, due to differences in political agendas that are strengthened for their differences in faith. Saudi Arabia is a right-wing conservative Sunni Islamic kingdom with a tradition of close ties with the United States, the United Kingdom and France. Iran is a Twelver Shia Islamic Republic founded in an anti-Western revolution with close ties to Russia and China. Both Saudi Arabia and Iran are seen to have aspirations for leadership of Islam, and have different visions of stability and regional order.

Both countries are major oil and gas exporters and have clashed over energy policy. Saudi Arabia, with its large oil reserves and smaller population, has a greater interest in taking a long-term view of the global oil market and incentive to moderate prices. In contrast, Iran is compelled to focus on high prices in the short term due to its low standard of living given recent sanctions after its decade old war with Saddam's Iraq.

The regional powers also back opposing sides in the wars in Syria and Yemen.

The 2015 Hajj stampede also escalated tensions between Saudi Arabia and Iran due to the deaths of Iranian pilgrims in the stampede. Iranian leaders accused Saudi authorities of being responsible for the disaster. 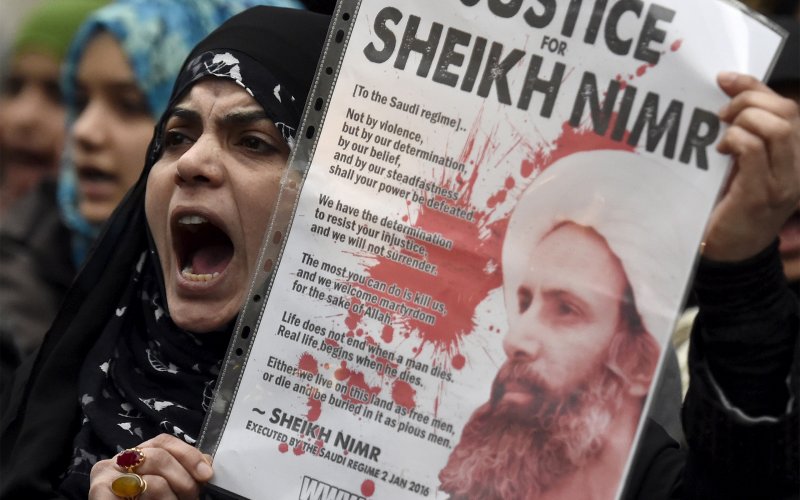 Protesters of the executions responded by demonstrating in Iran’s capital, Tehran. After the Saudi diplomatic missions in Tehran and Mashhad were ransacked by Iranian protesters, Saudi Arabia broke off diplomatic relations with Iran on January 4, 2016.

Following disputes, the Iranian government barred its citizens from the Haj pilgrimage. Iran claimed that the stampede the year prior was the result of Saudi "incompetence." The Saudi government suggested that the move was politically motivated as a means to put pressure on the kingdom.