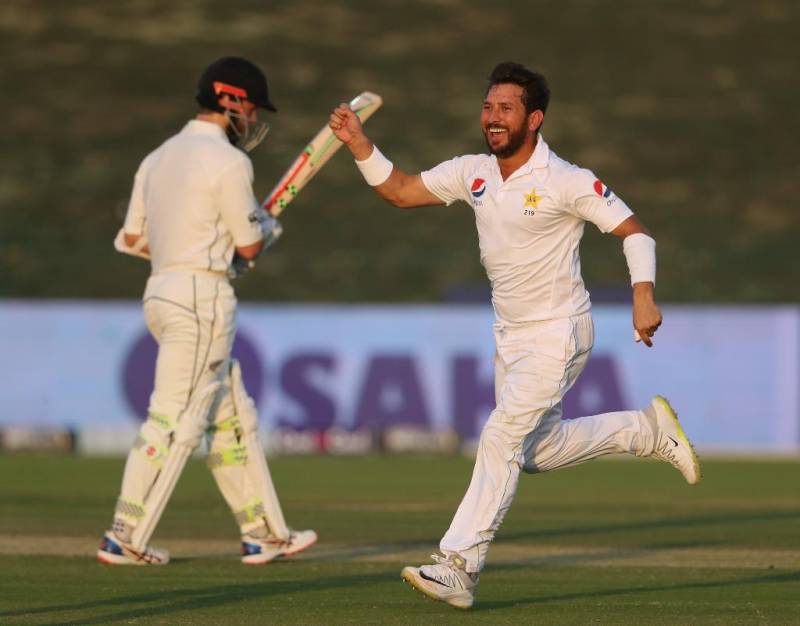 ABU DHABI – Pakistan’s star bowler Yasir Shah has set a new record in the cricket world by becoming the fastest bowler to take 200 wickets in the Test format of the game.

Breaking Australian leg-spinner Clarrie Grimmett's world record of 200 wickets in 36 Tests achieved in 1936, the Pakistani leg-spinner achieved the milestone during the ongoing third and final Test against New Zealand in Abu Dhabi.

The 32-year-old has had a superb series against New Zealand, claiming 27 wickets in the tournament — his best-ever tally in any three-match series.