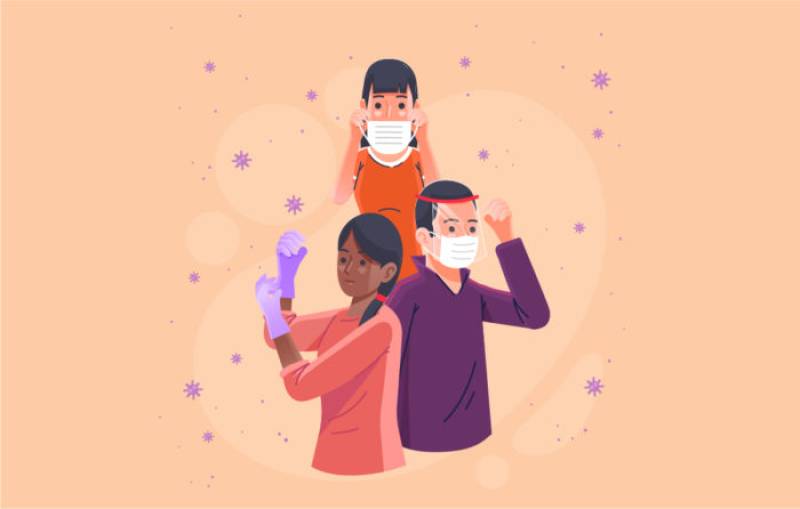 Human, instinctively builds acquaintance which helps developing relationship and forming families in general but, how far does human plan building families before coming into a relationship? The world of the 21st century is quite different; surprisingly, if seen from the perspective-lense of any third world country like Pakistan where a multitude of issues in basic living-standards preoccupy inhabitants’ socio-psychological conducts. Highlighting the dilemma of overpopulation and the lacking realization for recognizing the significance of family-planning including, child-rearing inappropriate living conditions bring-in inevitable misfortunes and add furry to the fire of miseries for any society be it Pakistan, worldwide. Although giving birth and bringing up children does require tiring effort for both the parents, but making each child of the family competitively eligible for personal and societal welfare is far more herculean to execute.

In addition to this, research-literature identifies the factor of patriarchal-distress having a significant agitated influence on normal people’s interpersonal and intrapersonal behaviour towards other beings, when observed living in depressive conditions in comparison to the sample living in resourceful circumstances. Wherein people including different age-groups were sampled. The negative influence of the mentioned factor was proved evidently dysfunctional for the normal human-efficiency. How come we expect tiny-little children, born with comparatively biased patriarchal parental inclinations in terms of affection, attention, resources, and time among their children, to cope up their normal-living in all abnormal conditions? Why are the psycho-socially deprived individuals i.e. the middle-children of the family, expected to behave in a so-called adaptable way, when their ancestors, father, and fore-fathers spent lives of absolute failures to habituate to the existence of middle children’s needs in providing them with the due with priority? When none of the resources is specifically dedicated to them in childhood, how could their success in any walk of life even be imagined in a long run?

According to the founding father of Psychodynamics, a great philosopher and a neurologist - Sigmund Freud the early experiences of children are extensive determinants of adult personality and are responsible to dictate individuals' behaviours throughout the course of life. He presented a theory of psychosexual development, in which by identifying the five stages of seeking childhood pleasure i.e. oral, anal, phallic, latent and genital, he emphasized the importance of completion of each stage in the appropriate age-group time period otherwise, if not gratified it might lead to numerous psychological abnormalities among children. The recent research statistics depict, middle-children being more prone to falling prey to socio-behavioural issues merely because of parental mistreatments during childhood. Furthermore, these abnormalities create hurdles at different stages in their academic, professional and of course familial lives. Freud focused on the development of Id, ego and super-ego concepts, which again get sorted in the same age, and if children are neglected by their caregivers, it leads them falling astray to numerous psycho-social existential crises for long journeys of life. Eric Erikson, one of the neo-Freudians presented a theory of psychosocial development which signified, first five years of child’s life responsible to set personality patterns dictating their behaviours for the whole life. Whereas middle child is never a priority of parents not in a single aspect of mere attention, but in many other regards including resources, time, affection and acceptance which eventually becomes the reason of their life-long social rejections, low self-esteem, unresolved complexes on self and identity crises at many instances on different stages in life.

Patriarchal, collectivistic cultures for example as Pakistan never plan to pay the required heed to cognitive, social, psychological, and physical need-fulfilment; primarily, for any newly born while, the scenario gets even worse reaching up to the turn of 3rd or 4th child born in the family. And when it is a girl child, one must have a sensitive heart and open mind to realize the level of unbearable pressure of being a girl-child - a social obscure powerless being in an underprivileged society with comprising 89% of psychologically-compromised humans, roaming in and around her innocent world where even parents usually fail to build adequate communication with her, for any general reason within the comparative hierarchal-linage of their children. One must have to practice understanding for realizing the level of traumatic-sacrifice and pain, middle-child specifically baby-girls of a patriarchal society as Pakistan's, experience during the early development phases which might ultimately lead them psychological, social and physical pathologies throughout the discourses of their lives. Child, born in any number of order is a child in any case who simply has rights to live a happy healthy life with his or her parents with no absolute tragedy commonly.

Middle children being less close to parents, depict less time being babied. Studies identify middle children at the verge of catching 30% more psychological issues than the first and the last child of patriarchal families. Falling in the lethal menace of psychological issues including identity crisis, middle-child syndrome, depression,  anxiety, psychosocial crisis, separation disorder, panic disorder, and countless many, the middle children are comparatively more exposed to ruining their lives getting involved in illegal and Immoral activities including state crimes, and drug abuse activities due to immature and underdeveloped libido and Id part of their unconscious minds. The middle-children does experience less parental responsiveness, are less valued, and have to put in extra effort to seek parental attention which, being a hardest of reality; at many instances, disappoints parents who not only fail to recognize but do not even realize the child’s cry for bridging connection.

Parents of the 21st century need to follow some handy strategies to ensure a healthy family life with no practice of unfair social stratums being followed, and psychopathological influences being portrayed in treating infants with varying birth orders. Building a good reliable relationship with their middle child, and developing a feeling of familial belongingness, parents must inculcate the feeling of self-worthiness in them. Moreover, motivating a middle child to achieve their passions in professional as well as personal grounds would make the quality of their life much better, adding diversity to negative accustomed monotony in their lives. Parents need to empathize with them whenever find them complaining, and should address all the needs of middle-children in their family, consciously to save them from destroying their precious lives.

The writer is a student of Psychology from Punjab University Lahore.

Amima Rafique is a student of the Psychology from the University of Punjab University, Lahore.