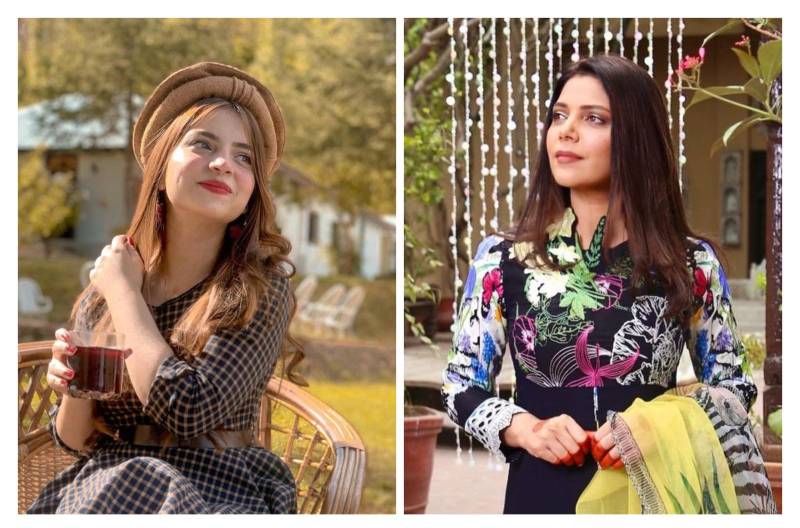 'Pawri girl' Dananeer Mobeen has become a constant part of the limelight and she has amassed a whooping loyal fan following.

This time around, the social media sensation was spotted hanging out with legendary singer Hadiqa Kiani and needless to say, the video has been winning hearts on the internet.

The two ladies seem to be having the time of their life as the new viral video of the Raqeeb Se actor gives full party vibes as they both sing their hearts out.

Sharing a video on her Instagram handle, the Dobara star was spotted along with the Pawri girl Dananeer who have a picture-perfect fan moment.

The adorable interaction has left some fans gushing while others have labelled it super cute and dazzling.

On the work front, Dananeer had her acting debut on the small screen with the upcoming star-studded drama serial Sinf-e-Aahan.

The drama is written by Umera Ahmed and directed by Nadeem Baig. The expectations from the drama have skyrocketed owing to the storyline and spectacular performances.