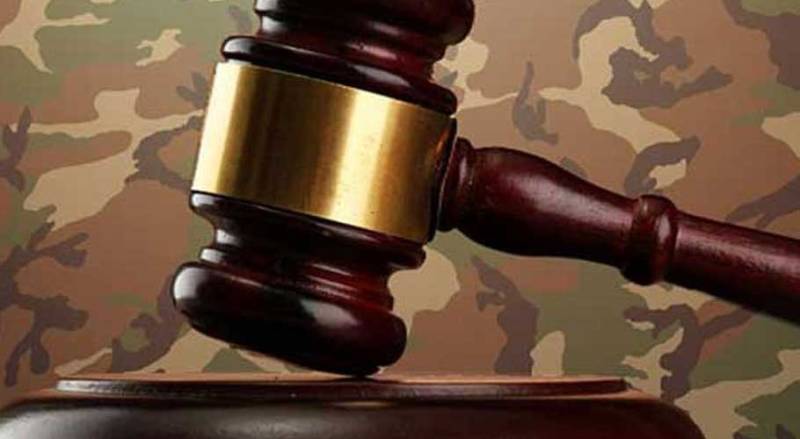 ISLAMABAD – The military courts have convicted three retired army officers and a civilian on charges of espionage and sedition, sentencing the four persons to prison terms ranging from 12 to 14 years, reports in local media said.

All convicted persons were tried under the Pakistan Army Act and Official Secret Act 1923 by separate Field General Court Martial (FGCM) on the charges of espionage prejudice to the national security.

The retired army officers were tried on espionage charges, and collaborating with hostile intelligence agencies in Rawalpindi while the civilian, who was reportedly a social activist, was tried by the Field General Court Martial in Jhelum.

Khattak was accused of sharing sensitive and important information with a hostile intelligence agency and other individuals that led to several attacks in the northwestern region of the country. The convicted person was given the right to defend himself through a legal representative, per reports.

Khattak’s brother speaking with an international news outlet said he received a phone call from Jhelum on Friday in which he was informed that his brother had been shifted to Jhelum jail. Peshawar High Court, earlier this year, had rejected a plea against Khattak’s trial in a military court.

Earlier in 2019, two army officers were sentenced to death, while a high-ranking general has been handed a 14-year in jail sentence for leaking information to foreign agencies. Pakistan Army Chief endorsed death penalties for Brigadier Raja Rizwan and civilian officer Wasim Akram, as well as a 14-year prison sentence for Lieutenant General Javed Iqbal.

RAWALPINDI – Two army and one civil officer, whose punishment was endorsed by Chief of Army Staff General Qamar Javed ...

The officers were charged with espionage and the leakage of sensitive information to foreign agencies prejudice to the national security.