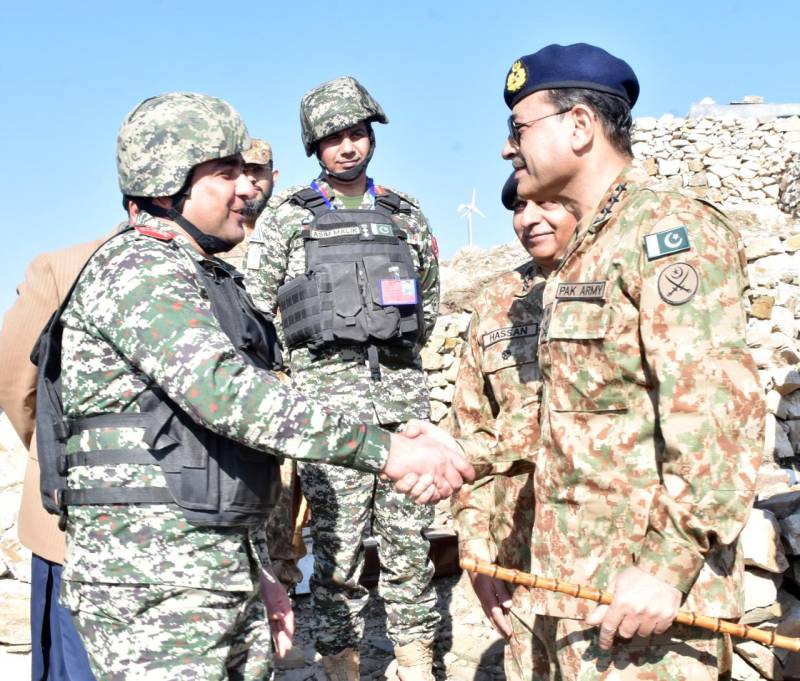 The top military commander spent a day with forward troops deployed along Pakistan-Afghanistan Border, the Inter Services Public Relations said in a statement.

He was brief by field commander about operational preparedness and border control measures in place as part of Western Borders Management Regime .

Gen Asim's visit to the border area comes after nine people, including five militants, two security personnel, and two civilians have been killed in three separate attacks in northwestern Pakistan.

In a statement yesterday, the military said that one soldier and five militants were killed in a clash in North Waziristan tribal district.

Separately, gunmen killed a paramilitary Frontier Corps soldier and his father in North Waziristan's Bannu district after entering their house.