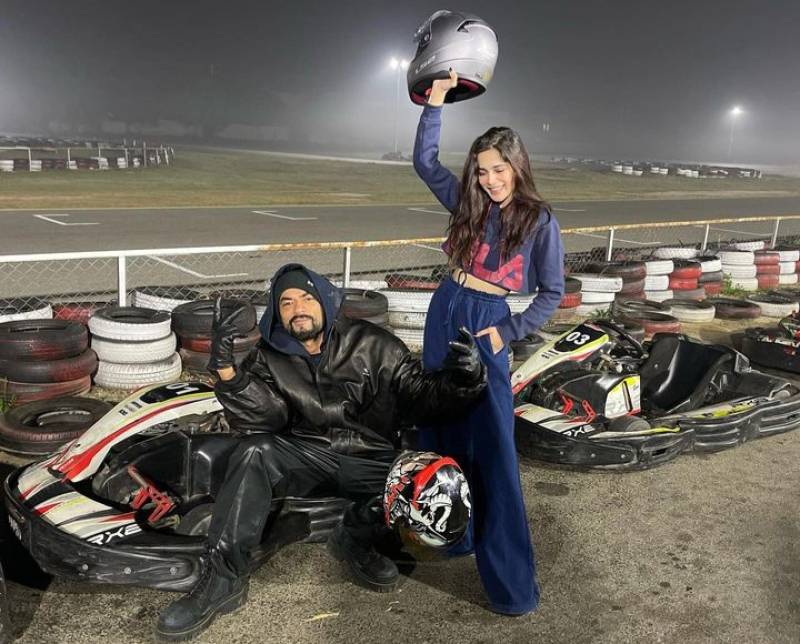 Lollywood's favourite singer Aima Baig and bonafide rapper Bohemia have come together to break the internet once again.

The singer-rapper duo, who have often been seen exchanging sweet words on social media, were recently spotted at a go-karting area to enjoy their evening.

Dressed in a chic crop-top hoodie and wide legged pants, the Balma Bagora singer stole the attention while posing with a helmet. On the other hand, the Kingdom rapper posed in his usual all-black fit.

On the other hand, Bohemia has worked on Ajnabi, Punjabiyan Di Dhee, Starboy, Mastani, Without You (Tere Bina), and Kala Tikka La Goriye.