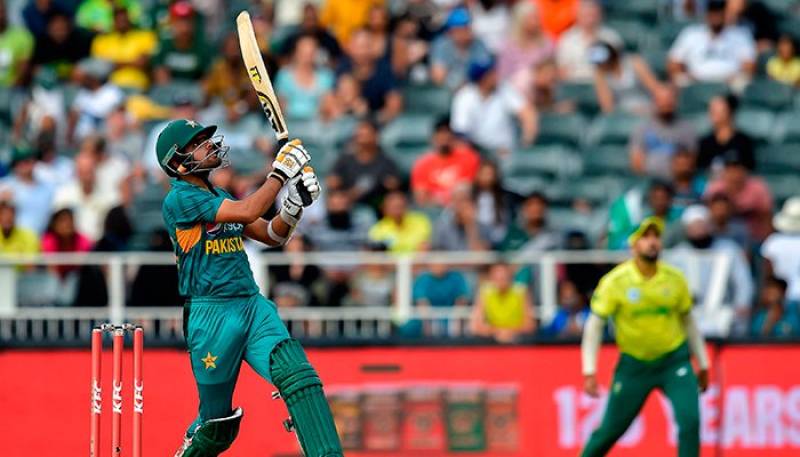 CENTURION – Pakistan defeated South Africa by 27 runs in the third and final T20I at the SuperSport Park in Centurion on Wednesday.

Pakistan set a reasonable target of 169-run for the Proteas after they were invited to bat first. In reply,  the hosts fell 27-run short to 141 for  9.

Team Pakistan ended their tour of South Africa on a high by avoiding a series clean sweep as they defeated Proteas in the third T20I.

Shadab Khan hit three sixes in the final over from Andile Phehlukwayo to finish with 22 not out off eight balls. The last over cost 21 runs. He was declared man of the match.

Babar Azam again gave Pakistan a good start, striking 23 off 11 balls before he was caught at cover off Chris Morris in the third over. Morris finished with two for 27.

The Proteas have had an unassailable 2-0 lead in the T20 series after they clinched the series with a seven-run win in Johannesburg, after a dramatic collapse by the visitors saw them lose 6 wickets for 34 in 24 balls.

Team Pakistan have made two changes, with Usman Shinwari and Hasan Ali sitting out for Mohammad Amir and Faheem Ashraf.

Tonight's match will draw curtains on Pakistan's lengthy tour. Pakistan lost the Test series, the ODI series, as well as their unbeaten T20I series record since 2016.

The match between South Africa and Pakistan started at 9pm Pakistan Standard Time.