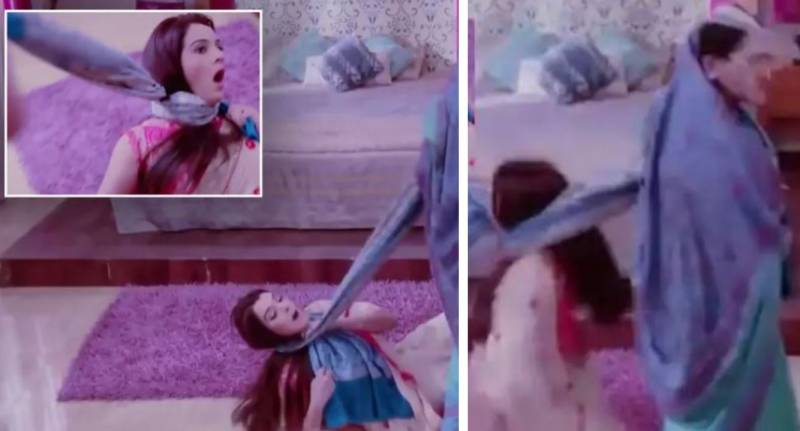 It's obvious not to consider logic while watching Indian soap operas, and the same happened with this viral clip of 2018 which still haunts many of the users out there.

The viral clip shows a woman apologising to another woman. She keeps on asking for her attention, while the elderly lady keeps yelling ‘Just leave me alone, I say leave me alone’. The woman doesn't even bother to look back.

Meanwhile, the younger lady gets the shawl wrapped around her neck and starts choking on it, as the elderly lady tries to grasp the shawl tightly.

After the ‘life-risking stunt ’ the woman falls unconscious on the ground, unable to breathe, while the other woman walks away.

Here's another viral clip that shows the same form of drama.

In case you haven't noticed what's happening in indian dramas these days. pic.twitter.com/5GfrCjYY5r