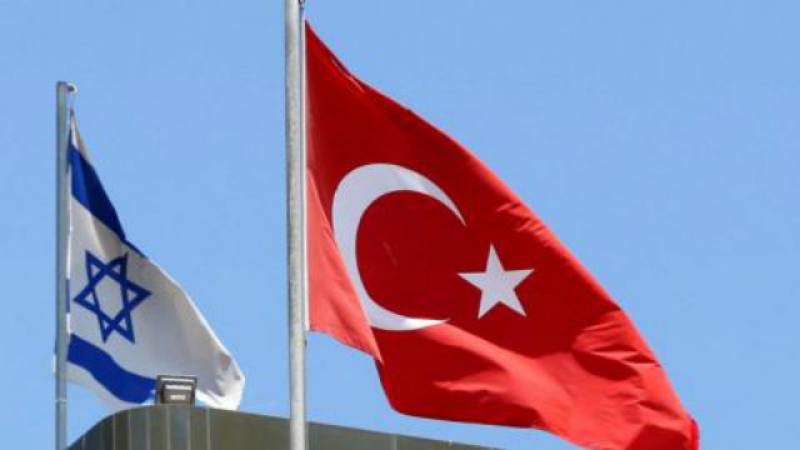 The move was launched by a gathering of Palestinian doctors living in Turkey during a meeting held at the Turkish Medical Association in Istanbul, as the gathering's chief Mohammad Abu Al-Sheikh gave a presentation in this regard.

Abu Al-Sheikh expounded on the volume of Israeli business in Turkey, and listed the names of Israeli pharmaceutical companies and medicine on sale at the Turkish market, according to Kuwait News Agency (KUNA).

He also elaborated the steps to be taken by the Palestinian medical group to promote the anti-Israel campaign, and how to ensure that it would work out.

NEW YORK - The UN General Assembly has overwhelmingly adopted a resolution calling on the US to reverse its decision to ...

US, Israel ‘meddling in internal affairs of Iran, Pakistan’

On Friday, Turkish President Recep Tayyip Erdogan accused the United States and Israel of meddling in Iran after Turkey’s neighbour was gripped by several days of deadly unrest.

ANKARA - Turkish President Recep Tayyip Erdogan accused the United States and Israel of meddling in affairs of other ...

A total of 21 people died and hundreds were arrested in the week-long protests which were the biggest challenge to the Islamic regime since the 2009 mass demonstrations.

“We cannot accept that some countries - foremost the US, Israel - to interfere in the internal affairs of Iran and Pakistan,” Erdogan told reporters before heading on a trip to France.

“It is turning the people against each other in these countries. It’s a shame that we have seen this done in many nations… We saw this in Iraq.”

WASHINGTON - The United States has placed Pakistan on a special watch list "for severe violations of religious ...

Erdogan did not expand on the nature of the alleged meddling in Pakistan but on Thursday the US announced a freeze in deliveries of military equipment and security funding until Pakistan cracks down on religious extremists.

Trade between Turkey and Israel

Although diplomatic relations with Israel which were established in 1948 and recognized by Turkey one year later have occasionally contained crises, they have continued until today in a bumpy way.

The trade between the two countries has also been affected depending on the cooperation or crisis environments experienced in the process in question. According to trade intensity index values, the bilateral trade within the period further increased compared to the share of the two countries in the world trade.