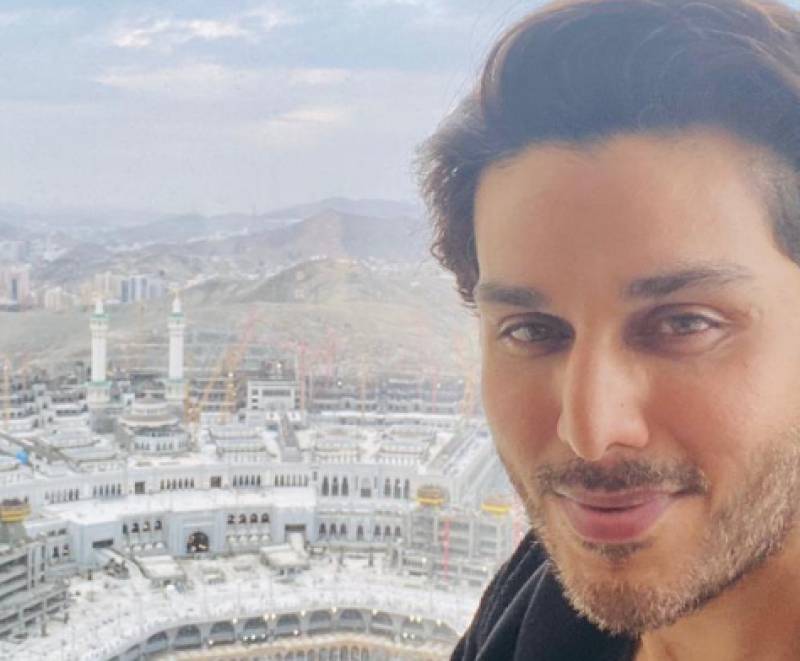 MAKKAH - Pakistani actor Ahsan Khan had recently performed Umrah with his wife. The Alif star took to Twitter to share the news with his fans that he is welcoming the new year by heading to the holy site in Makkah.

“Want to start of 2020 on the right track!!!” he wrote. Later, he shared pictures with his wife taken at the door of Masjid al-Nabawi, the mosque established and built by the Prophet Muhammad, situated in the city of Medina.

He also shared a picture of himself with the Holy Kaabah in the background and said he is blessed to be in Makkah.

“Praying for my country and all my fans, friends and family!! Feeling so so blessed here #Mecca, he tweeted.

Praying for my country and all my fans friends and family!! Feeling so so blessed here #Mecca pic.twitter.com/w0RqVoGPc1

Along with Ahsan Khan, Humayun Saeed and Mehwish Hayat had also performed not so long ago.

Pakistani TV sensation Humayun Saeed started 2020 by performing Umrah with his wife and sister-in-law. The ...