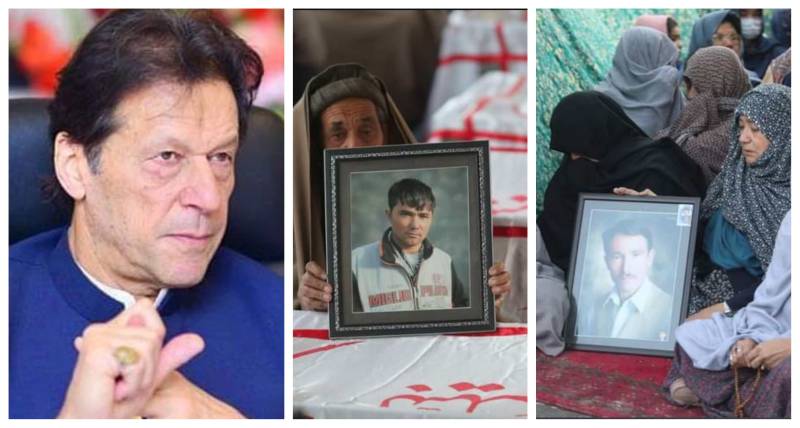 QUETTA – Hundreds of Hazara community members continued their sit-in on the Western Bypass in Balochistan’s capital demanding Prime Minister Imran Khan to come to console them before any burials.

The date of the visit has not been fixed yet but the cabinet has decided that Prime Minister will visit Balochistan to speak to the families of the victims and the protesters. The premier vowed that the PTI government will not abandon the affected families.

Earlier, a delegation of PTI including Minister for Maritime Affairs Ali Zaidi, Adviser to PM on Overseas Pakistanis Zulfiqar Bukhari, and NA Deputy Speaker Qasim Suri took part in negotiations with the leaders of the protesters.

Minister for Interior Sheikh Rasheed also visited Quetta to address the demands of the protesters. Rasheed confirmed that the government is ready to accept all the demands, except the resignation of the Balochistan government.

He also announced compensation amounting to Rs2.5 million for the families of each of the deceased coal miners.

Extremely cold weather could not force the protesters, including women and children, to leave the area as Hazara community members are protesting against the recent killing of 11 community members near Machh, Balochistan.

A large number of community members along with activists gathered in parts of Sindh and Balochistan in wake of the failure of the government and the law enforcement forces in arresting the attackers.