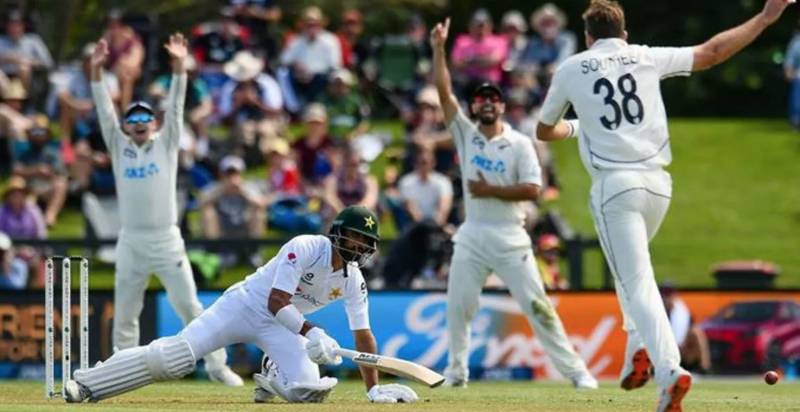 AUCKLAND – Kiwis thrashed Pakistan by an innings and 176 runs to win the second Test and complete the series sweep in Christchurch on Wednesday.

Green shirts resumed their second innings with a trail of 354 runs on day four with nine wickets in hand.

Although all bowled out for just 186 runs in the final session as there was no resistance in keeping the wickets.

Top-order batsman Azhar Ali and tailender Zafar Gohar joint top-scored with 37 each off 98 and 64 balls respectively.

For Blackcaps, Kyle Jamieson was once again the star performer with the ball in hand as he claimed figures of 6-48 in 20 overs. The right-armer, for his 11 wickets in the game, was named player of the match.

New Zealand captain Kane Williamson was named player of the series for scoring 388 runs in two matches at an average of 129.33.

With the latest defeat in the second and final test match, Pakistan ended the tour with four losses and just one win in five matches.

A 2-0 series sweep for Kiwis makes them the Number 1 Test side and gives them a chance of making the final of the World Test Championship at Lord's in June this year.