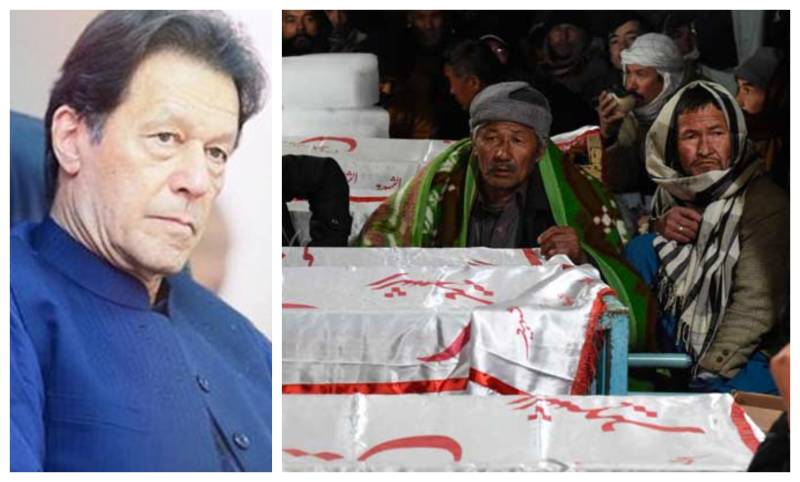 ISLAMABAD – Prime Minister Imran Khan has reassured the Hazara families, who lost their loved ones in a brutal terrorist attack in Machh, that he is cognizant of their suffering and their demands.

In a tweet on Wednesday, he said government is taking steps to prevent such attacks in the future and know our neighbour is instigating this sectarian terrorism.

I share your pain & have come to you before also to stand with you in your time of suffering. I will come again very soon to offer prayers and condole with all the families personally. I will never betray my people's trust. Please bury your loved ones so their souls find peace.

The premier said that he shares their pain and have come to you before also to stand with you in your time of suffering.

Khan said that he will come again very soon to offer prayers and condole with all the families personally. Imran Khan assured that he will never betray his people's trust.

He asked the people to bury their loved ones so their souls find peace.

Ten colliers were killed and four others seriously injured on Sunday after armed men attacked them at a coal field in Balochistan's Bolan district.

The coal miners, according to police, were taken to nearby mountains where they were shot.

The 10 miners were kidnapped before dawn on Sunday as they slept near the remote coal mine in the southwestern mountainous Machh area — 60 kilometres southeast of Quetta city.

Two of the miners were Afghans and their bodies have been sent to Afghanistan for burial, a local security official told AFP.

The terrorist group Daesh has claimed the attack, according to SITE Intelligence, which monitors militant activities worldwide.