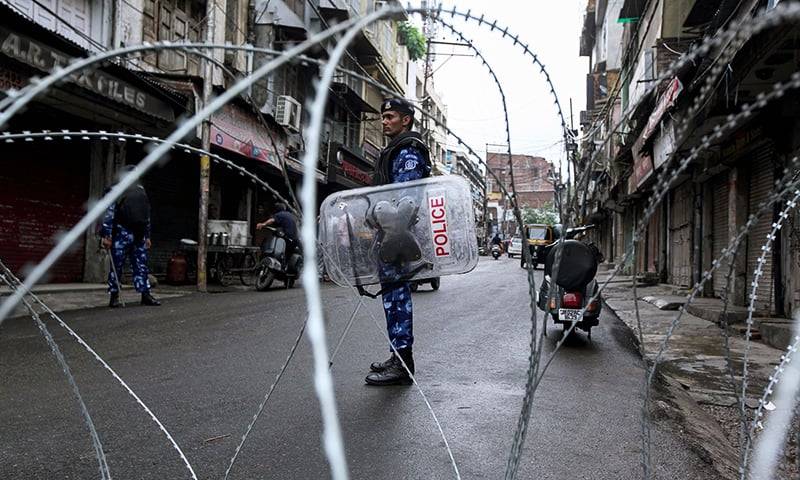 SRINAGAR – In what shows Indian government’s bias against Muslim in occupied Kashmir, all religious gatherings are banned for the majority group but it has exclusively allowed Hindu pilgrimage to take place in the territory despite increasing coronavirus cases and strict lockdown restrictions.

An order issued by the government in the occupied territory prohibited all religious and social gatherings but Hindu community is exempted as it has been allowed to visit a shrine in Amarnath cave at an elevation of 3,888 metres in the Phalgam area of south Kashmir.

In the pilgrimage which is going to start late July, a group of 500 Hindu pilgrims per day will be allowed to visit the place.

The region's Chief Secretary BVR Subrahmanyam addressed a meeting in the Indian Supreme Court and insisted Covid-19 restriction measures will be adhered to neglecting the threat that such gathering can trigger the spread of infection.

The move has also been critcised highlighting that inflow from India, which is third-hardest-hit country, will cause more cases in the occupied region.

The decision to allow Hindu gathering in the region with Muslim-majority can cause tension or violence.

The event has been reduced to 15 days from 40 and Hindu pilgrims, according to officials, will be sampled, tested, and quarantined.

"Already we have more than 8,000 cases here, and from the last three days, more than 20 deaths have taken place," a resident doctor dealing with Covid-19 cases told Anadolu Agency.

"I ask the government if we can afford this crisis more."

Despite the pandemic outbreak, Indian forces continue operations targeting Muslims in the region.

Recently, the occupied forces gunned down an elder man in the valley in front of his three-year-old grandson, a move which was condemned widely.