PAKvENG: 7 members of England ODI squad test positive for COVID-19 ahead of series against Pakistan 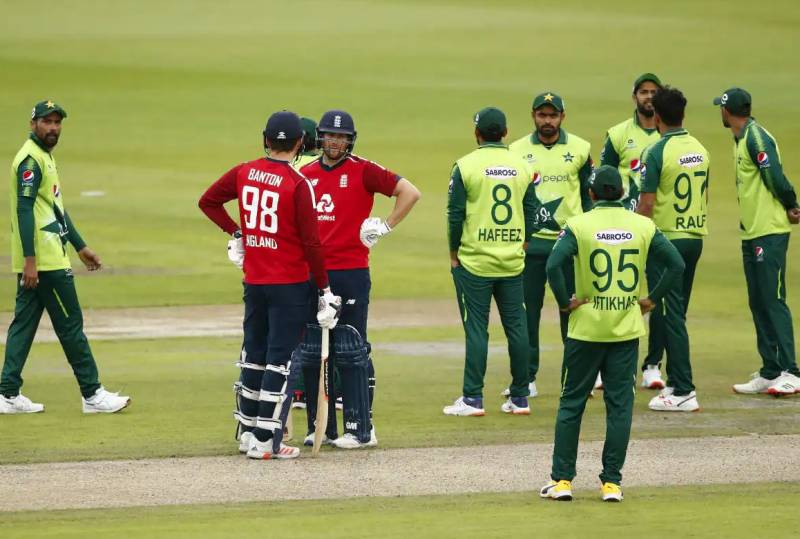 LONDON – At least three players and four members of the English team have been tested positive for Covid-19 and will self-isolate along with the ODI squad.

Reports quoting sources said in England’s one-day cricket squad have been plunged into isolation after seven members of the bubble contracted the novel disease.

England’s ODIs and T20 internationals against team Green will go ahead with Ben Stokes returning to the side to captain the squad which will be named later today.

England and Wales Cricket Board’s chief executive Tom Harrison while commenting on the matter said ‘We have been mindful that the emergence of the Delta variant, along with our move away from the stringent enforcement of biosecure environments, could increase the chances of an outbreak.’

Harrison further added that ‘We made a strategic choice to try to adapt protocols, in order to support the overall wellbeing of our players and management staff who have spent much of the last 14 months living in very restricted conditions.’

Meanwhile, a new squad will be announced within the next few hours and the series will go ahead according to schedule. Other players playing in the ongoing County Championship have already been informed to report as they will join the squad and the bio-secure bubble after returning negative COVID tests. The official announcement of the new squad is expected to be made today.

Meanwhile, England is set to play the first ODI against Shaheens on Thursday, July 8.

LAHORE - The Pakistan cricket team arrived in England on Monday for their three-match Test series and three T20Is ...