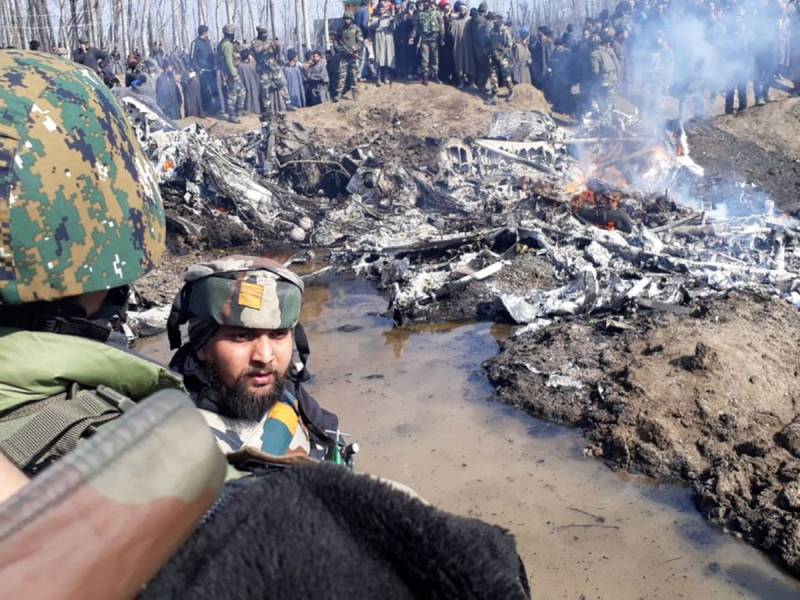 ISLAMABAD – Pakistan has revealed the names of its pilots who shot down two Indian warplanes last week, in a fierce aerial engagement over the Line of Control, which divides the disputed and divided region of Jammu and Kashmir.

“Two Indian planes were shot down by Pakistan air force on February 27,” Foreign Minister Shah Mehmood Qureshi told the country’s Parliament Wednesday in a formal announcement for the first time.

He named them as Squadron Leader Hassan Siddiqui and Wing Commander Nauman Ali Khan, saying he wanted to "pay tribute" to them both.

A day after IAF fighter jets claimed to have hit a militant camp in Balakot in Pakistan, early dawn on Feb 26 saw retaliation from the Pakistan Air Force (PAF).

After an aerial engagement in Jammu and Kashmir's Nowshera sector the next day (Feb 27), Pakistan claimed that it captured one Indian pilot.

The downed pilot was identified as Wing Commander Abhinandan Varthaman and seen in a video of what appears to be an interview at a Pakistani Air base, in which he praised the professionalism of Pakistan Army but denies to share any sensitive information.

His warplane, MiG 21 Bison, hit by Sqn Leader Hassan Siddiqui, had crashed on Pakistani side of the Line of Control, while the second IAF fighter jet Sukhoi Su-30, which was downed by Wing Commander Nauman Ali Khan, landed on the Indian side.

While the capture IAF pilot, Abhinandan, was returned to India Friday, crossing the Wagah border on foot, the fate of the second Indian pilot is still unknown.

India, for its part, agrees that a second plane was shot down - but says it was a Pakistani plane, which Pakistan denies.

In recent days the nuclear-armed Asian countries have come closer to conflict than in years, after a suicide bombing in Indian-administered Kashmir killed 40 Indian paramilitaries on Feb 14.

Pakistan has denied any damage or casualties, and independent reporting has shown the strikes hit a heavily forested area with little infrastructure nearby. Residents have said just one person was injured, a crow killed and few pine trees uprooted.

Pakistani and Indian soldiers have continued to fire over the Line of Control - the de-facto border dividing Kashmir - in the days since, killing several civilians on both sides.

Kashmir has been divided between India and Pakistan since the end of British colonial rule in 1947. Both claim the Himalayan territory in full and have fought two wars over it.