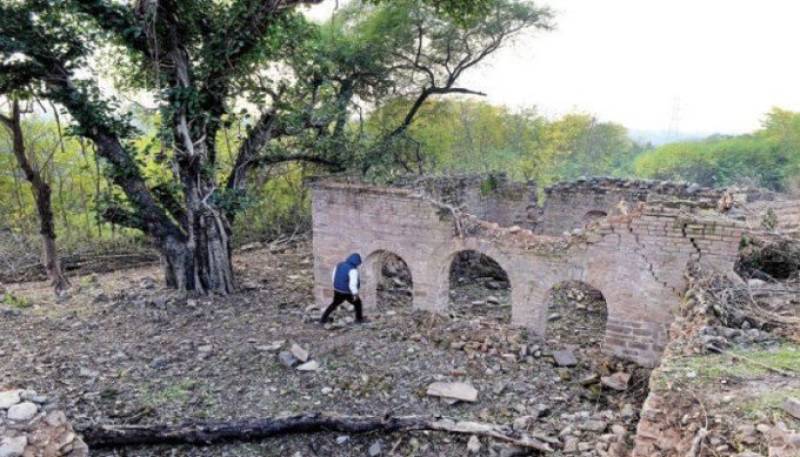 ISLAMABAD – A team of archaeologists have discovered a historical mosque, believed to be five centuries old, during the development work at Lotus Lake in Pakistan's capital city.

The Environment Wing of the Capital Development Authority (CDA) recently found ruins of the ancient mosque. A tree located in the courtyard of the mosque is also believed to be over 500 years old.

A team of the relevant authorities after surveying the site said that the old mosque can be declared as an archaeological site.

An abandoned mosque discovered near the under construction Lotus Lake Park (کنول جھیل) at Islamabad. @ICTA_GoP will renovate this mosque, its value addition tourist spot in Capital city #Islamabad@Pakistaninpics pic.twitter.com/Hma86yGucV

Another comprehensive survey of the site will also be conducted to trace the real facts about the ancient site, which was, according to the Environment Directorate, used as a worship place by the villagers in Shakarparian.

The CDA is likely to start the restoration work at the site in coming weeks.