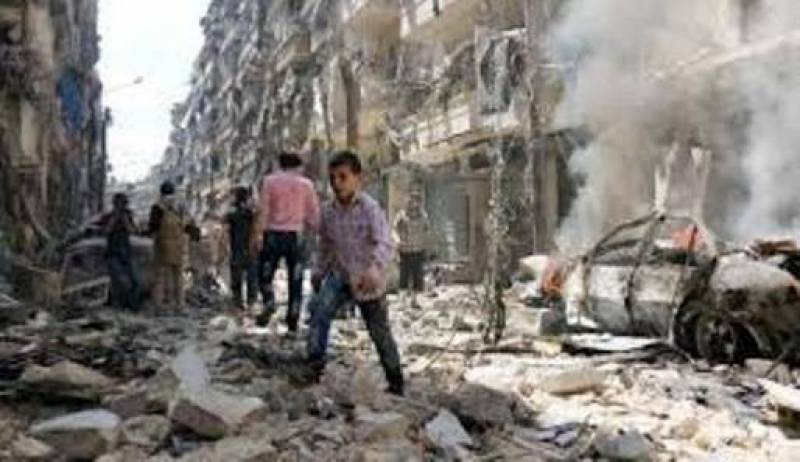 ALEPPO (News Desk) - In Syria, twenty-eight people including women and children have been killed and fifty other wounded during air strikes in a displaced persons camp in the village of Al-Kammouna near the Turkish border.

According to Syrian news agency, an aircraft fired missiles at the camp. It is suspected that attack was carried out by either Syrian or Russian planes, however no sides has confirmed the information.

A nationwide cessation of hostilities has been in force in Syria since February, however latest updates from areas near Aleppo suggest that some 300 people have died in clashes in the last two weeks alone.