Mass rapes: Indian police not far behind the Indian public in rape 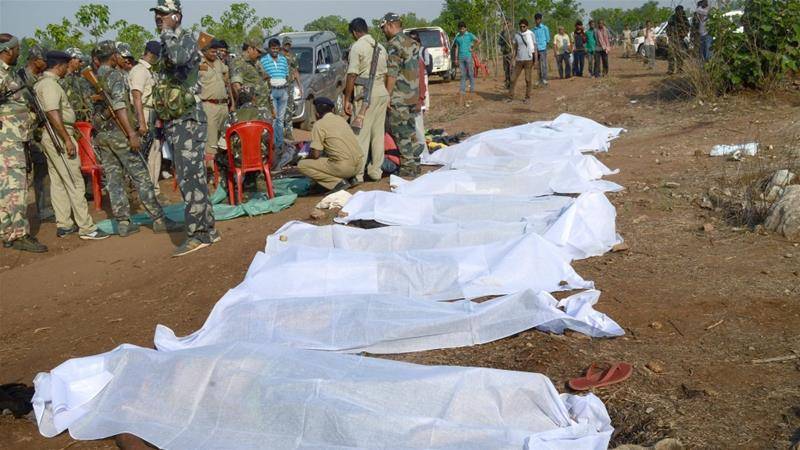 DELHI - More than a dozen tribal women were raped by Indian police in restive Chhattisgarh state, India's human rights watchdog said, adding that the victims' lawyers are lamenting the delay in arresting the accused.

The National Human Rights Commission (NHRC) has calculated that at least 16 women were "victims of rape, sexual and physical assault" after it concluded an investigation into reports that police attacked several villages in Bijapur district in the central Indian state during an operation against communist rebels in October 2015.

"Prima-facie, human rights of the victims have been grossly violated by the security personnel of the government of Chhattisgarh, for which the state government is vicariously liable," the government commission said in a statement.

India is fighting thousands of armed communist rebels in the so-called "Red Corridor", which passes through swathes of resource-rich areas of central and eastern India and is mostly inhabited by underprivileged tribes.

Police officers had raped or sexually assaulted at least 40 women in five villages, and destroyed and looted homes during the anti-Maoist operation. Chhattisgarh is about 1,200km southeast of the capital New Delhi.

Reports said 11 women were gang-raped, including a 14-year-old girl and a pregnant woman.