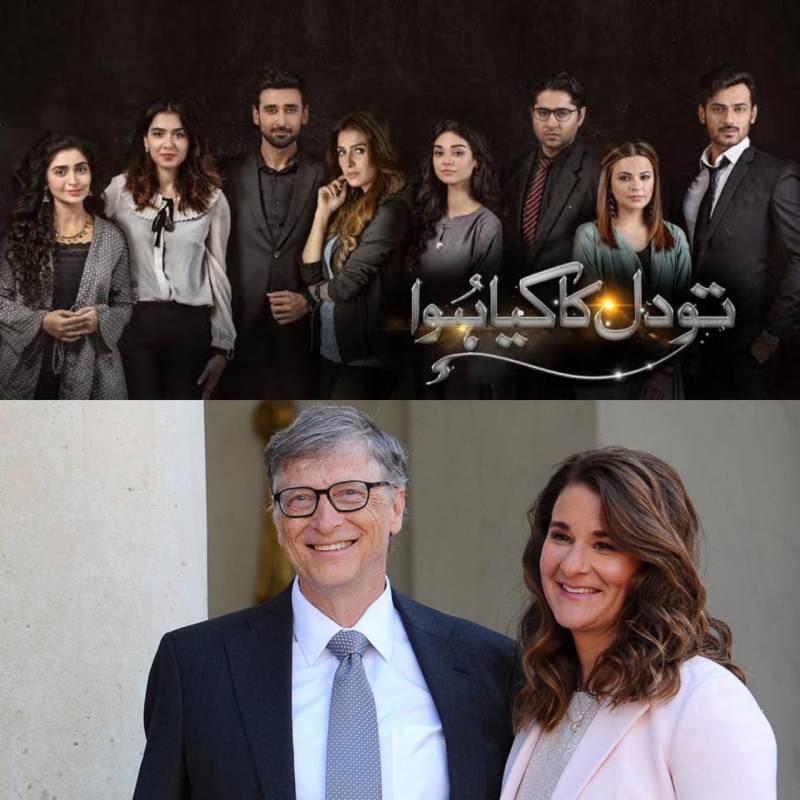 Billionaires Bill and Melinda Gates, co-founders of one of the world’s largest private charitable foundation, filed for divorce on Monday.

The scene is from the drama serial Tou Dil Ka Kia Hua wherein two women are discussing what it would be like if Microsoft founder Bill Gates separates from his wife Melinda.

Hajira Khan and Ayeza Khan are in the frame when Hajira says a man calls himself the richest person in the world if he enjoys his wife’s support, even if he doesn’t have any money. She goes on to say that Bill Gates would look like the poorest man in the world if his wife elopes with someone else.

This short clip is all over Twitter and is working people up into laughing frenzy as social media users are making hilarious memes out of it.

American business magnate Bill Gates and his wife Melinda announced divorce on Monday. After 27 years of marriage, the duo asserted their legal union was "irretrievably broken", but they have reached an agreement on how to divide their marital assets.

No details of the divorce agreement were disclosed in the petition for dissolution of their marriage.

American business magnate Bill Gates and his wife Melinda announced divorce on Monday.  The announcement was made ...