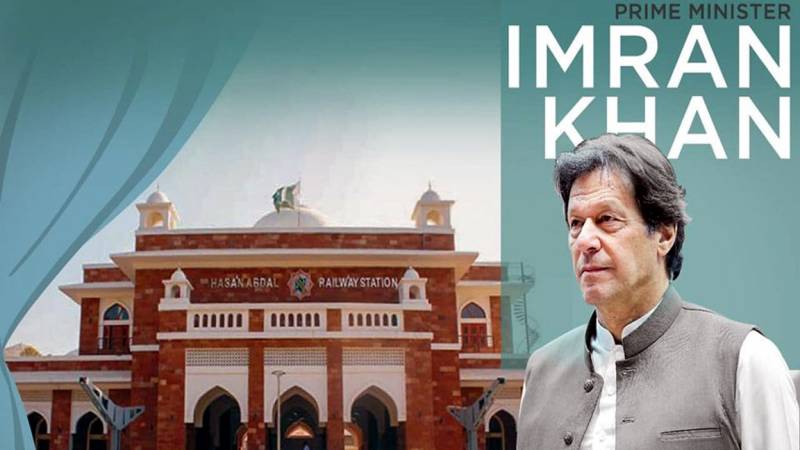 According to details, PM has inspected arrangements at the station; he also visited different bogies of the train. Prime Minister was accompanied by Federal Minister for Railways Sheikh Rashid.

Earlier today, Federal Minister for Railways had reviewed the arrangements ahead of the PM’s visit.

The reconstruction cost of the newly inaugurated railway station is nearly Rs300 million. The premises of the grand and first floors.

Clean water plants have been installed for the convenience of the passengers also a canteen has also been constructed along with the waiting area.

A new tubewell has also been installed to meet the water requirement of the Hassan Abdal railway station. 300 VK generator is also mounted to the power supply.

The facilities at Hasan Abdal Railway Station have been enhanced. The Sikh Yatrees will also now have better facilities at the railway station. The Hasan Abdal up-gradation project is also important for the promotion of tourism.

It is to be mentioned here that PM Imran will also visit Swat to inaugurate new block of Saidu Sharif hospital. He will also attend a ceremony in connection with the distribution of Sehat Sahulat Cards and address the gathering there.

ISLAMABAD – Prime Minister Imran Khan will inaugurate the Sehat Card Plus Program for the entire population of ...