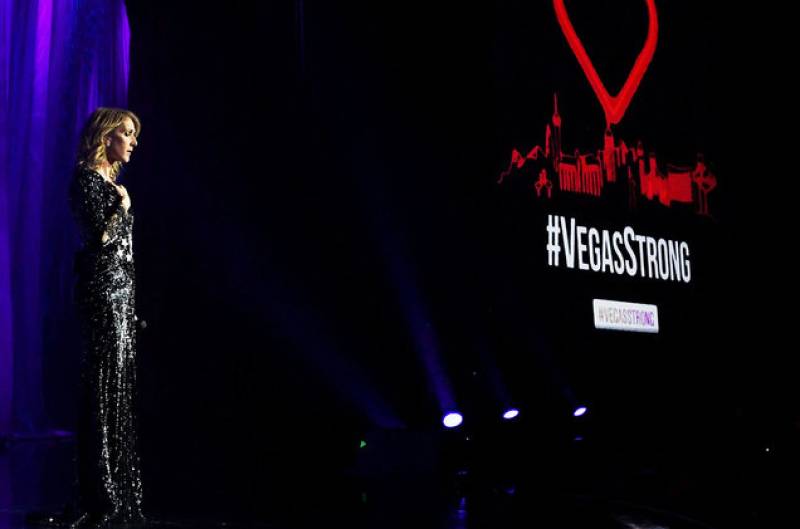 Celine Dion shared an emotional, heartfelt speech following the events of Route 91 Harvest Festival. The shooting that took place at the festival in Las Vegas is accounted to be one of the worst recorded shootings in the American history.

"I never start a show like this, standing in front of the curtain, just talking. But tonight is very different. After Sunday night's incredibly tragic event, all of us here find ourselves asking a similar question: For you, it's 'Do we still go to Celine's show on Tuesday night, only two days after the nightmare? For me, it's 'Can I still do my show? Should I still do my show, only two days after the nightmare?' These are difficult questions, but I want you to know that you have made the right choice in being here tonight, and the reason that I decided to do this show so soon is more than to just sing. It is to show love and support for those who are affected."

Praying for all the innocent victims and their families in Las Vegas - Céline xx... #LasVegas

Other celebrities have come forward to show their support in these dark times. Earlier, Jennifer Lopez postponed her upcoming three shows in respect to the mass shooting and the tragic events that followed.

Following the horrific event of Las Vegas shooting that took about 50 lives and injured over 500 people, celebrities ...