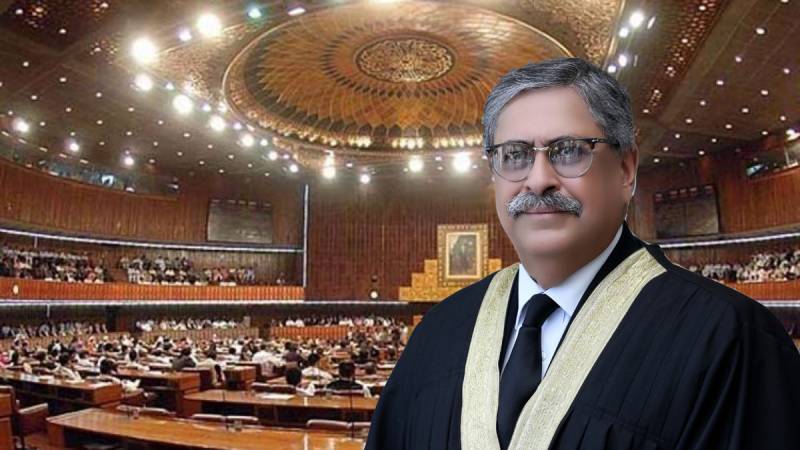 The judge made remarks as the country’s former ruling party, Pakistan Tehreek-e-Insaf, approached the court alleging that an illegal path was adopted on the issue of resignations of PTI members in the National Assembly.

He maintained that the court respects the Parliament, adding that a similar petition was also filed before as well on this matter. “This is a political issue and Parliament is the place to resolve political tussles. You should hold dialogue with political parties to resolve problems,” he said.

PTI moved court against National Assembly Speaker Raja Pervaiz Ashraf who accept only 11 of their resignations instead of those of all 123 party members of the lower house of parliament.

Imran Khan-led party reiterated that the change of their government was possible through a foreign conspiracy. “To seek a fresh mandate from people, the party decided to get all its elected members resigned en bloc from the National Assembly,” the petition cited.

It added that the speaker must accept the resignations of all lawmakers who had quit the lower house of parliament to protest the ouster of their party’s government through a conspiracy.

ISLAMABAD – The Islamabad High Court (IHC) on Tuesday invalidated a decision of the National Assembly’s ...