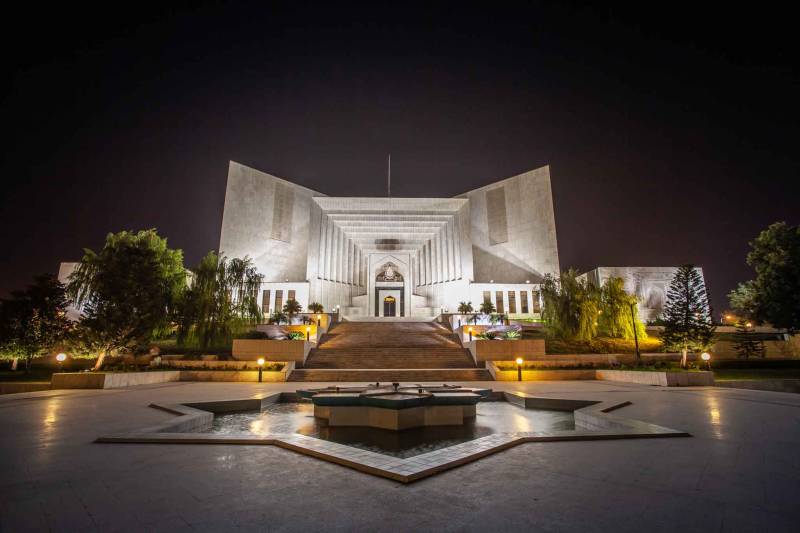 ISLAMABAD – The Supreme Court of Pakistan on Thursday announced its verdict on the ruling of National Assembly Deputy Speaker Qasim Khan Suri against the Opposition’s no-confidence motion that was followed by dissolution of the National Assembly last week.

The court declared all actions of the deputy speaker, prime minister and the president null and void and announced restoration of the National Assembly.

The NA will now hold the vote on Opposition's no-trust motion against PM Imran Khan on Saturday morning (10am).

The Supreme Court ruled that President Dr Arif Alvi's decision to dissolve the National Assembly was "contrary to the Constitution and the law and of no legal effect" and noted that the prime minister could not have advised the president to dissolve the assembly as he continued to remain under the bar imposed under clause (1) of Article 58 of the Constitution.

The short order reads, "It is further declared that the [National] Assembly was in existence at all times, and continues to remain and be so."

The court ordered the National Assembly be reconvened on Saturday no later than 10:30am. It said the session cannot be prorogued without conclusion of the no-trust motion against Prime Minister Imran Khan.

Supreme Court Chief Justice Umar Ata Bandial said, "The deputy speaker gave a ruling on April 3. Leave was granted on the no-confidence motion on March 28. The ruling of the speaker is declared unconstitutional."

The chief justice said the verdict was announced with a unanimous agreement of 5-0 after the judges consulted each other. He said, "The current issues are done away with."

The verdict said the government could not interfere in MNAs' participation in the assembly session.

Order to have no impact on Article 63 case proceedings

The court said the order would not impact the proceedings under Article 63 of the Constitution.

"It is, however, clarified that nothing in this short order shall affect the operation of Article 63A of the Constitution and consequences thereof in relation to any member of the Assembly if he votes on the Resolution or (if such be the case) the election of a Prime Minister thereafter in such manner as is tantamount to his defection from the political party to which he belongs within the meaning of the said Article," the verdict reads.

Leader of the Opposition in the National Assembly Shehbaz Sharif, while talking to the media after the verdict, said the court had "definitely fulfilled the people's expectations".

He wrote on Twitter, "An epoch-making day! Mubarak to all who supported, defended & campaigned for the supremacy of the Constitution. Today, politics of lies, deceit & allegations has been buried. People of Pakistan have won! God bless Pakistan."

He took to Twitter to share his emotions. He wrote, "Democracy is the best revenge! Jiya Bhutto! Jiya Awam! Pakistan Zindabad."

CJP Bandial remarked it was clear the April 3 ruling of Qasim Khan Suri against the Opposition’s no-confidence motion was unconstitutional.

The deputy speaker’s ruling is prima facie a violation of the Article 95 of the Constitution, the chief justice said, as the SC resumed hearing of a suo motu notice related Suri’s ruling and dissolution of the National Assembly.

Saying the court will issue a verdict today, the top judge remarked: “We have to look at national interests”. It is also yet to see what will happen next," CJP Bandial remarked.

Last Sunday, Suri disallowed the vote on no-trust motion at a time when the Opposition claimed that it has achieved the numbers to oust Imran Khan from his office.

The deputy speaker said that the motion was a part of a foreign conspiracy and cannot be allowed to table in the House. Shortly after the ruling, PM Imran Khan dissolved the National Assembly.