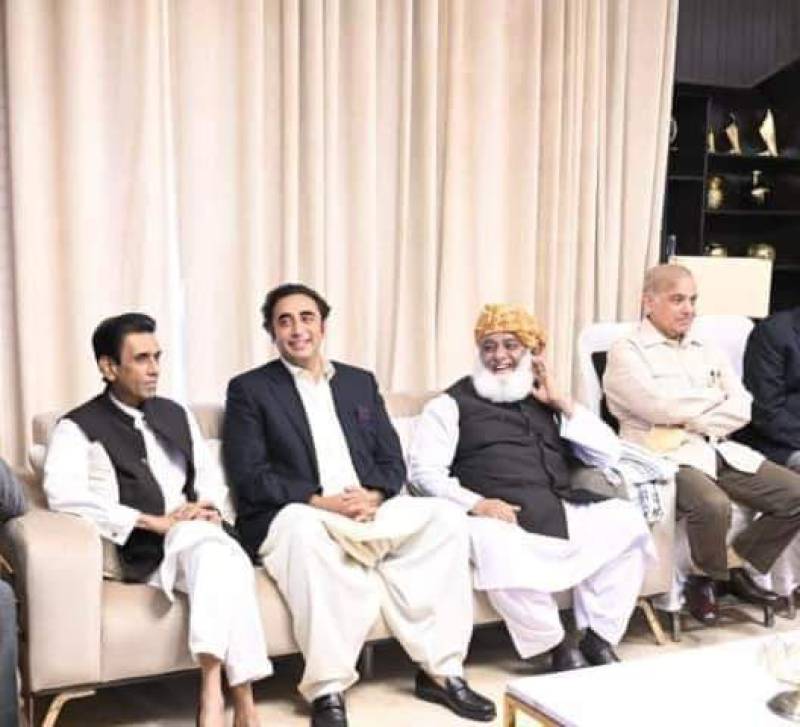 ISLAMABAD – The joint Opposition is celebrating today's verdict of the Supreme Court of Pakistan restoring the National Assembly after it declared the government's decision to dissolve the assembly and NA Deputy Speaker Qasim Suri's ruling against the law and the country's Constitution.

PML-N Vice President Maryam Nawaz, in a tweet, expressed her gratitude to God for the decision in Opposition's favour.

"I congratulate the nation as the supremacy of the Constitution has been restored," her tweet reads. "Those who had violated the Constitution are done away with. May Allah keep Pakistan shining."

She once again said her uncle Shehbaz Sharif would be the next premier.

JUI-F chief Fazlur Rehman, who is also the president of Pakistan Democratic Alliance, said they thank God on this victory.