US says Assad is ‘root of all evil’, after launching drone strikes against Syria from Turkey 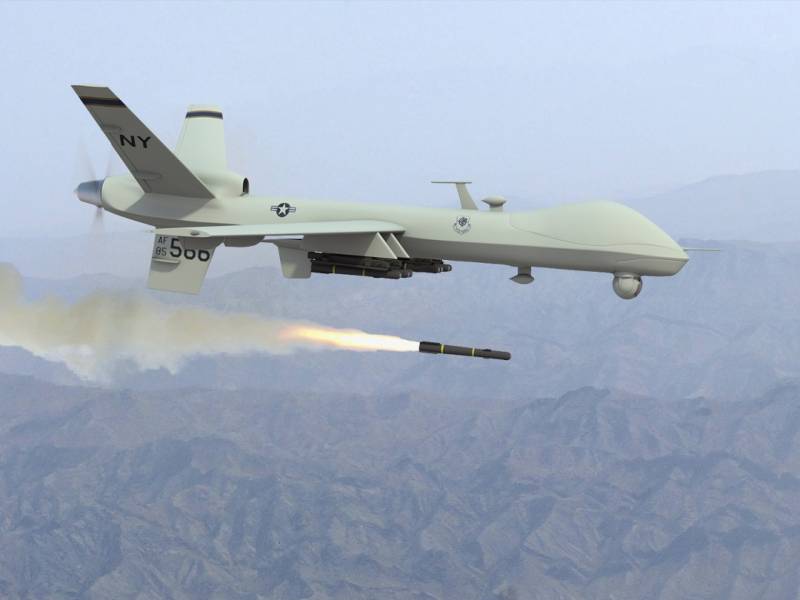 ANKARA (Web Desk) - The US State Department has pinned the blame for the chaos and the rise of militants in Syria on President Bashar Assad.

“The Assad regime frankly is the root of all evil here … and has been instrumental in creating the kind of lawless area to the north where ISIL has been able to get purchase and extend its roots," a State Department spokesman has said. 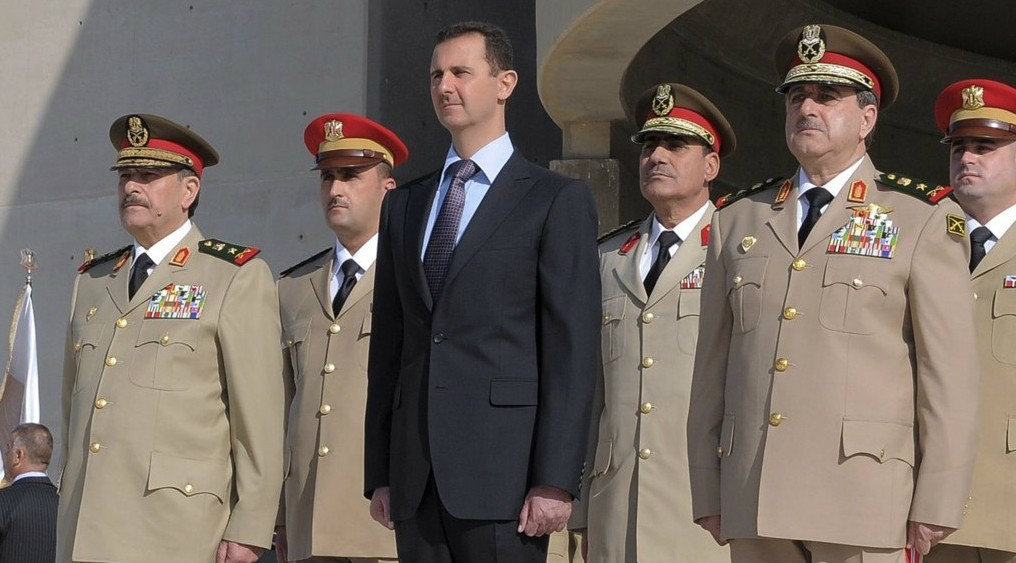 A spokesman for the Pentagon had said on Wednesday that an unmanned drone was launched on Monday from Incirlik Air Base and that preparations were underway for strikes inside Syria by manned US warplanes, the Russia Today reported.

The American armed drone hit a number of targets near Raqqa, Islamic State’s (IS, formerly ISIS/ISIL) stronghold in Syria, the Hurriyet Daily reported. Washington had previously only used the Incirlik airbase, which is near the southern city of Adana, for reconnaissance missions using drones.

"As part of our agreement with the US, we have made progress regarding the opening up of our bases, particularly Incirlik," Foreign Minister Mevlut Cavusoglu earlier told state broadcaster TRT, as cited by Reuters.

Turkey had been against the US and NATO using airbases in the country to conduct airstrikes against Islamic State. However, Ankara made a sudden U-turn. In return for Washington’s use of Incirlik, Ankara has asked the US to establish a no-fly zone over Syria and a “security zone” along the Turkish border, according to Deputy Prime Minister Bulent Arinc who outlined the deal in July.

The attack by an IS suicide bomber in July, which killed 32 people and injured more than 100, was the main reason for Ankara’s U-turn.

It was the first time that IS had conducted an attack on Turkish soil. The group struck a cultural center in the mainly Kurdish border town of Suruc.

Read more: Turkey agrees to give its airbase to US to strike ISIS

Turkish military has begun to deploy armed vehicles and tanks on the high hills in the southeastern province of Sirnak near the Syrian border.

Is the US program legal?

Since the US-backed rebel groups in Syria are operating in the “lawless area” of the country, they are under pressure from “a lot of different forces,” US State Department deputy spokesperson Mark Toner told RT’s Gayane Chichakyan, while trying to explain the legal basis for the change in US policy.

“I frankly don’t know what the legal authority is,” Toner said, adding that the situation in Syria remains “complex and fluid.”

He clarified that Washington did not authorise itself to “go after Assad government forces,” insisting that such bombings would take place only in the “hypothetical” case that the US-backed militants came under fire from Syrian forces.

His comments were condemned by Phyllis Bennis, from the Institute for Policy Studies, who was deeply skeptical of the US motives for widening their attack in Syria. She said Washington is heading down “a very slippery slope and they are halfway down that slope,” while the US was using these so-called ‘lawless areas’ as a smokescreen.

“There is no real legal basis for this. You know the UN charter, which is the document of international law that determines when is a law legal or when it is illegal, has a very narrow definition of when a war is legal. There are only two things that really make it legal.

"Either it is authorised by the UN Security Council - or if a country has been directly attacked, you have a qualified right to use self-defense, only until, the Security Council can meet to decide what to do,” she said.

Read more: Reality Check: How the US fuelled the rise of ISIS in Syria and Iraq? 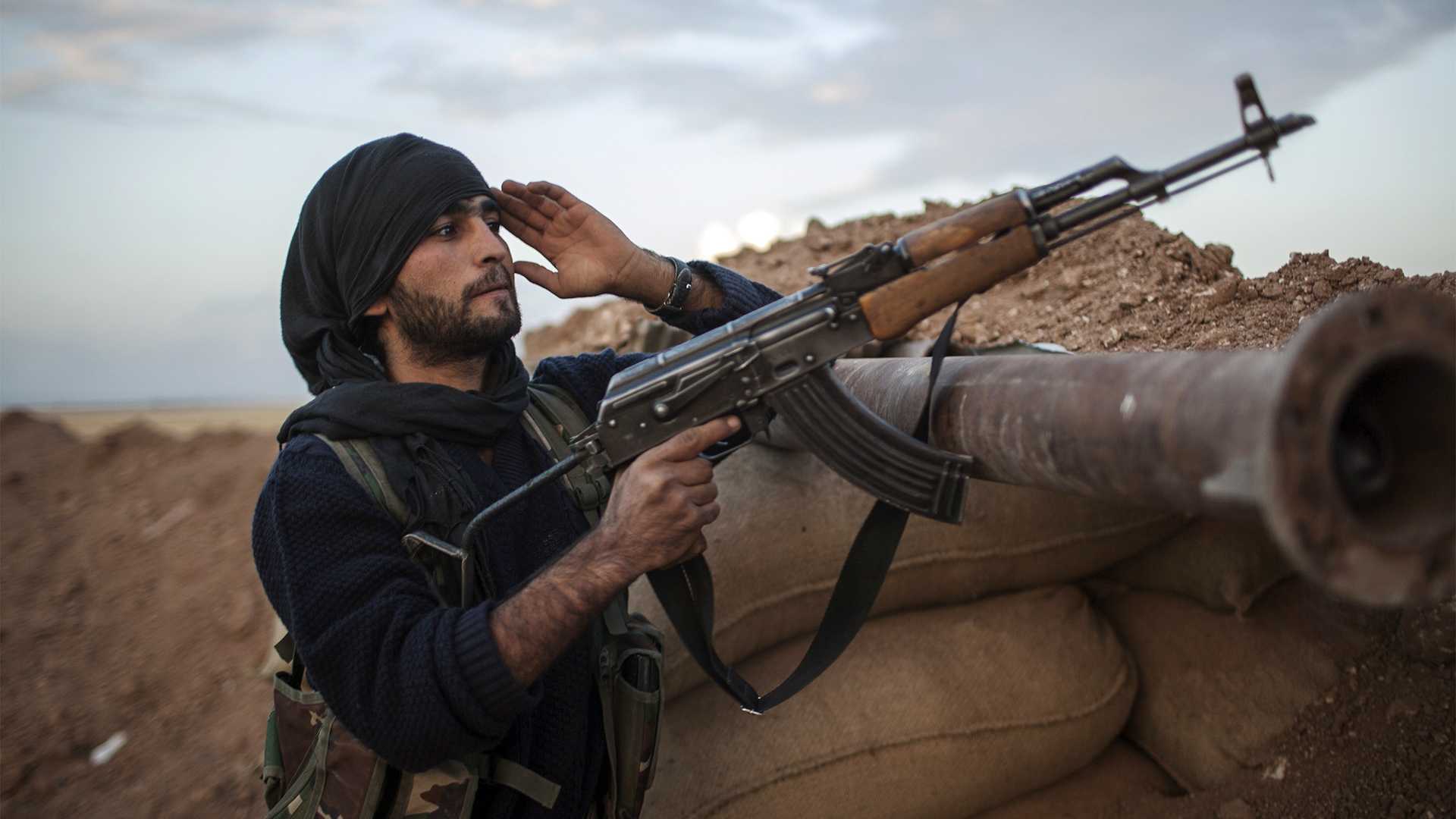 According to the US, IS are extremists and need to be bombed, while moderate rebels should be trained and supported to overthrow the Syrian government.

While the US hopes the air campaign will help to make the Turkish border harder to cross and stem the flow of militants wanting to join up with the terrorist organisation, the new drone missions are an escalation in the US’s unmanned aircraft program.

However, a report in 2014 by former US senior officials said the practice of using drones to strike targets is not as effective as Washington would hope.

The study, issued in June 2014, called on the Obama administration to come up with a cost-benefit analysis of drone strikes, while it also urged more transparency on the targeted killings.

Britain’s Reprieve human-rights group calculated that it takes about 28 innocent lives to take out a single terrorist leader, often with multiple drone strikes. 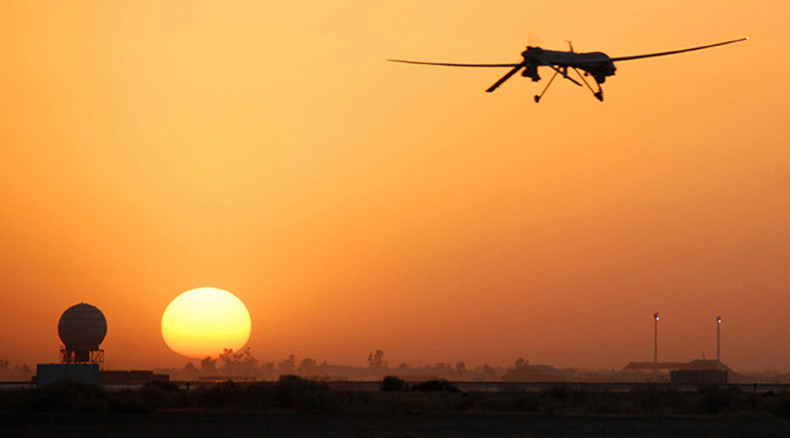 The statistics are striking. In the last 10 years, attempts to kill 41 terrorist leaders resulted in the deaths of an estimated 1,147 people, the vast majority of them civilians and families.

The drone program began under President George W Bush, but experienced rapid growth under the Obama administration. In Pakistan alone, 396 strikes have been conducted since 2002.

In Yemen, where counterterror operations have also grown over the years, 126 have been conducted in the same time period.

According to the Bureau of Investigative Journalism, 423-962 civilians have been killed in Pakistan as a result of drone strikes between 2004 and 2015.

Last year, the outlet found that domestic buildings were the most common target. In Yemen, some 65-96 civilians have been killed.