Narendra Modi hits out at "Cow Vigilantes", terms them Anti-Social 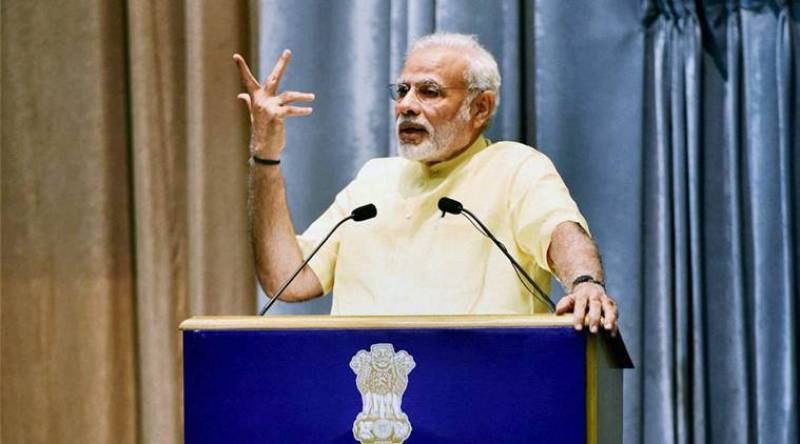 NEW DELHI (Web Desk) - After keeping mum for a long period, Indian prime Minister Narendra Modi has finally slammed the cow vigilantes saying that he was angered by such incidents.

During his address in the national capital, Modi expressed that most of the people involved in such activities were anti-social and were running their shops in the name of cow protection.

"Some people who have opened their shops in the name of cow protectors, I feel anguished by them. Gau sevaks and Gau protectors are both very different," Modi said.

"If we prepare of dossier of these individuals I am sure we will be able to find out that 70-80% of these people indulge in anti-social activities that aren't acceptable in normal society," Modi said.

Indian premier recalled an incident where he came across a cow which had consumed several kilos of plastic, Modi told the crowd that if these cow vigilantes really wanted to serve the cow they should first stop the animal from consuming plastic.

"Cows mostly die of eating plastic bags and these cow rakshaks should urge people not to throw plastic on the roads. This will be a big Sewa," the PM added.

Modi's comments come in the backdrop of a series of incidents regarding "Cow Vigilantes". He was being derided for his objectionable silence over the longstanding issue.

Modi took to twitter as well about his stance.

The sacred practice of cow worship & the compassion of Gau Seva can’t be misused by some miscreants posing as Gau Rakshaks.

Misdeeds of some, posing as Gau Rakshaks are doing a great disservice to the noble deed of Gau Seva, as practiced by Bapu & Vinoba Bhave.