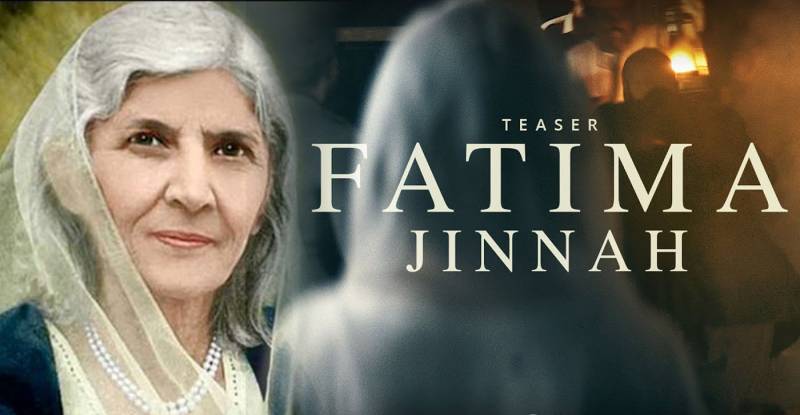 KARACHI – Following the recent announcement about the cast of the web series, titled Fatima Jinnah: Sister | Revolutionist | Statesman, the developer has now released the first cinematic teaser for the project.

The 46-second long teaser comes as fans are excited about the biopic web series about the first female leader of Pakistan.

The teaser shows glimpses of the three eras of ‘Mother of the Nation’. The first shot takes you back to 1929, Bombay, with a woman picking up a postcard while a speech of Quaid e Azam was playing in the background.

It was then time-traveled to 1947, where a train is seen loading passengers en route to another nation. Radio Pakistan makes it's first ever announcement and the scene depicted the promise of an independent state.

The last part of the clip covers 1965, Karachi, in which an older woman can be seen holding her glasses while reading a letter.

“Await a riveting visual and historical piece based on the first female leader of Pakistan”, the description of the clip reads.

The much-awaited web series is revolving around the life of Fatima Jinnah – one of the leading founders of Pakistan, and the younger sister of Muhammad Ali Jinnah. The prologue of Fatima Jinnah: Sister | Revolutionist | Statesman will release on August 14.

Pakistani actors Sajal Aly and Summaya Mumtaz are playing the two life roles of Fatima Jinnah. Dananeer will also be seen in this series, reports suggest.