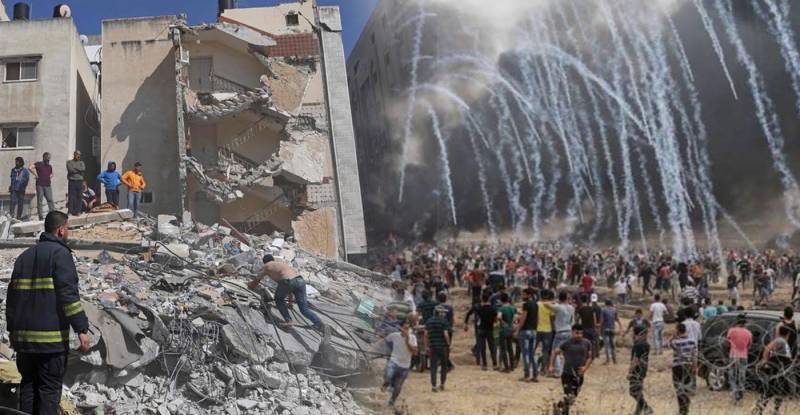 JERUSALEM – At least 29 Palestinians, including six children, have been killed as Israel continued its assault on the territory for the third consecutive day.

Palestinian health officials told international media that more than two dozen people were killed and 203 wounded during the two days of attacks.

Latest reports suggest that an explosion in north of Gaza City killed four of the six children. Meanwhile, the Jewish forces claimed that the deadly situation in the camp emerged after a “misfire” from a rocket of Palestinian military wing.

Israeli forces make contrasting statements as compared to facts from the ground while warplanes continued airstrikes in the disputed territory.

The unrest occurred as Israel conducted a raid on the Jihad movement which set off a cross-border skirmish that ended more than a year of relative calm.

There have been multiple flare-ups in recent times in the region, Israel launched a devastating 11-day military offensive on the besieged enclave last year.

ISLAMABAD – Pakistan on Saturday strongly condemned Israeli airstrikes on Gaza that resulted in deaths and ...

More than 20 lac people mostly youth live in one of the world’s most densely populated area, in dire humanitarian conditions for decades.