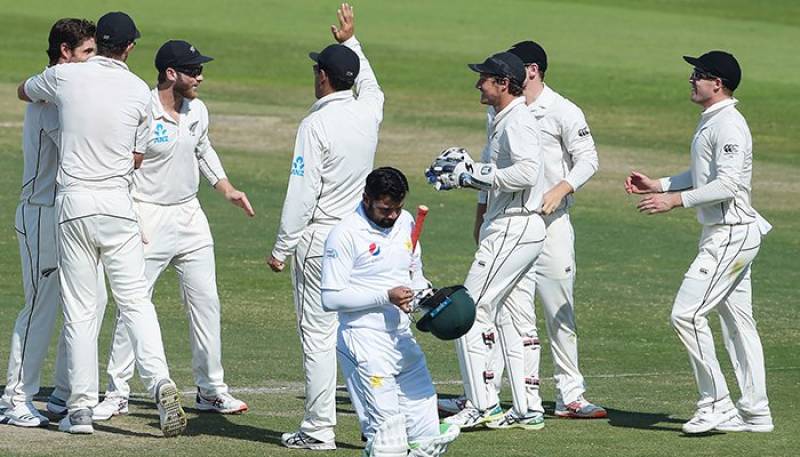 ABU DHABI - New Zealand defeated Pakistan by 123 runs in the third and final Test at the Sheikh Zayed Stadium on Friday.

The Kiwis have won the series 2-1. Chasing a 280 runs target, Pakistan batting line collapsed at 156.

This is for the second time that New Zealand won a Test series against Pakistan in the opponents’ “home series”. Earlier, they had won the series 1-0 in 1969-70 in Pakistan.