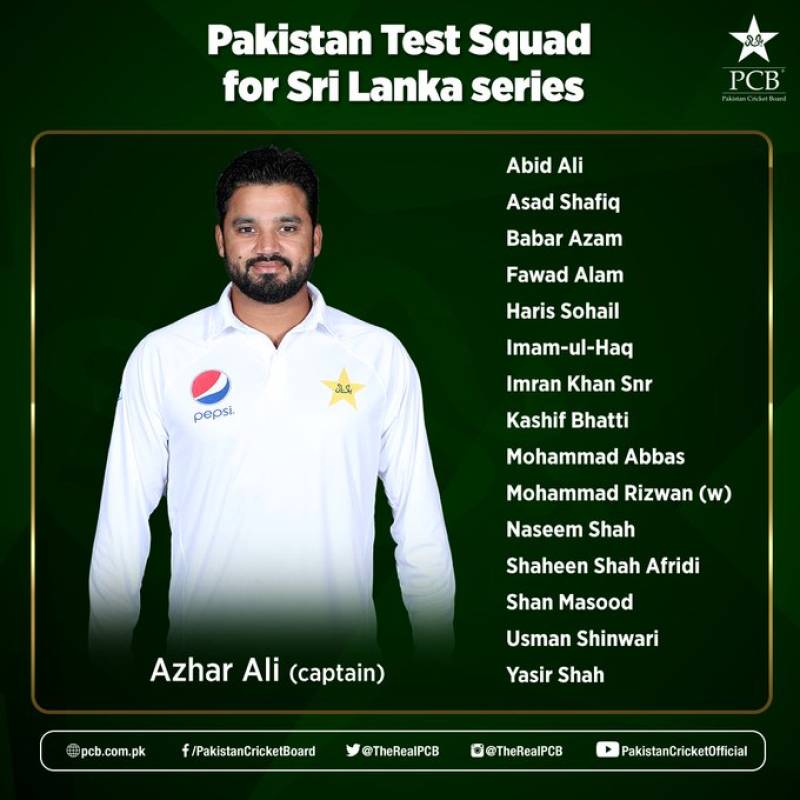 LAHORE – Middle-order batsman Fawad Alam and fast-bowler Usman Shinwari have been recalled for the ICC World Test Championship fixtures against Sri Lanka this month at Rawalpindi and Karachi.

The two players have replaced Iftikhar Ahmed and Mohammad Musa, respectively, as the selectors have followed the policy of consistency and continuity while picking the side for Pakistan’s first home Test series in over 10 years, said the chief selector and head coach of the Pakistan team, former captain, Misbah ul Haq while addressing a news conference here on Saturday. Nadeem Khan coordinator of the selection committee was also present.

“Thirty-four-year-old Fawad Alam played his third and last Test in Dunedin in November 2009, while Shinwari is yet to make his Test debut despite having played in 17 ODIs and 16 T20Is since making his international debut in 2013”, he said.

Usman Shinwari took 15 wickets in six Quaid-e-Azam Trophy 2019-20 first-class matches at an average of just over 25. The first Test will be played in Rawalpindi from 11-15 December, while the second Test will be held in Karachi from 19-23 December.

Chief selector and head coach Misbah-ul-Haq said: “I want to congratulate Fawad Alam on his selection for the Sri Lanka Tests. It is a reward for his continued hard work, perseverance and dedication to the game.

His selection is not only a lesson to the emerging cricketers but also a testament of the selectors’ policy of valuing domestic cricket and rewarding consistent performers”.

“Usman Shinwari has been drafted into the side as he has been part of the Pakistan cricket team set-up for the past few years, which is backed up with his fitness, form and ability to bowl long spells at a good pace, which was evident during the Quaid-e-Azam Trophy. I am sure he will make up a good combination with Imran Khan, Mohammad Abbas, Naeem Shah and Shaheen Afridi”, he said adding “Mohammad Musa will not be part of the squad, but he will remain with the side so that he can continue to work on his bowling with Waqar Younis”.

“We have retained 14 of the 16 players who went to Australia. This indicates our consistency and continuity as we believe in first picking the best available players and then providing them sufficient opportunities to justify their talent.

The retention of the 14 players also reflects the trust and faith we have in these players, who have the ability and talent to turn things around”, he asserted.

“The Australia tour was well below our expectations and has affected our pride.

We prepared as best as we possibly could but just couldn’t convert those preparations into on-field performances.

We are now seeing Australia as a huge learning experience and will make all out efforts to overcome the weaknesses that have been identified”, said Misbah.