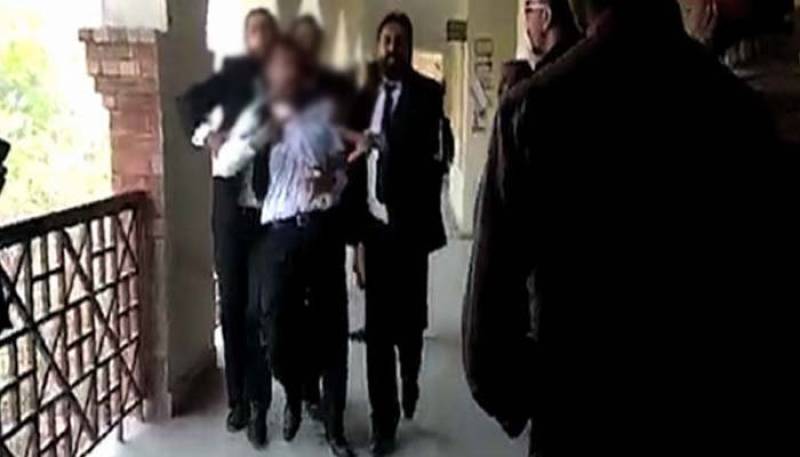 LAHORE – A man was paraded at a court in the provincial capital with his ink-blackened face for impersonating as a lawyer, it emerged on Tuesday.

The fake lawyer identified as Ali Ammar had come to the sessions court for the hearing of his bail petition when a group of solicitors held him inside the court.

A woman lawyer squirted ink in the face of Ammar and later he was paraded with blackened face at a corridor of the court by the lawyers.

The additional session judge has extended the interim bail of the suspect till December 16 and ordered police to present the record of the case at the next hearing.