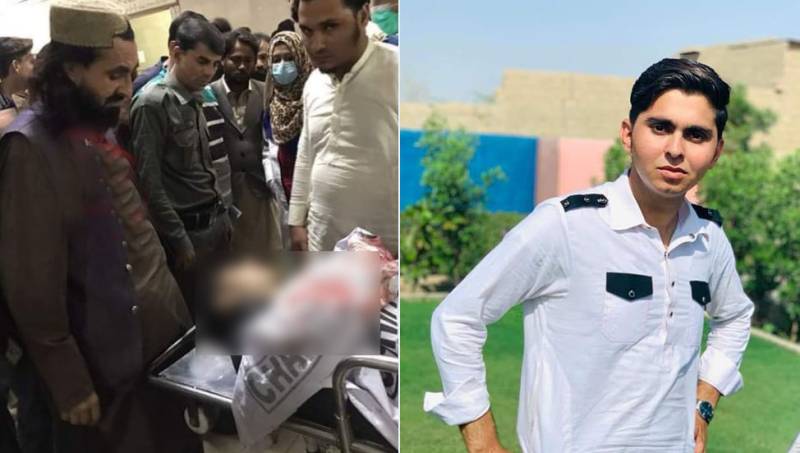 KARACHI – A policeman was suspended on Monday over the killing of a college student Arsalan Mehsud in an alleged fake encounter in Orangi Town of the seaside metropolis.

Reports in local media said a case has been lodged under Section 302 of the Pakistan Penal Code and Section 7 of the Anti-Terrorism Act against the apprehended law enforcement personnel identified as Tauheed.

The cop failed to convince investigators about his motive in the encounter of the young boy – who was the son of an office-bearer of the Karachi Dumpers Association.

Reports quoting investigative sources claimed that the police officer who opened fire was detained with a private hand weapon and was reportedly dressed in plain clothes.

A police spokesman had earlier claimed that a dacoit was killed in an encounter with the Orangi Town police and that his accomplice had escaped.

Later the boy’s father, Haji Liaquat reached the Abbasi Shaheed Hospital along with members of his family and community.

The family and fellows of the deceased person staged a protest outside the hospital, saying that Arsalan was killed during a fake encounter. The bereaved father of a young boy told the media that the deceased was a student of intermediate and had gone for tuition with his friend.

KARACHI – Karachi police have come under fire once again after their claim of killing five robbers during an ...

Taking action, the Senior Superintendent of Police has suspended SHO Orangi Azam in wake of the killing of the young boy.