Top 10 most searched people on Google in Pakistan in 2022 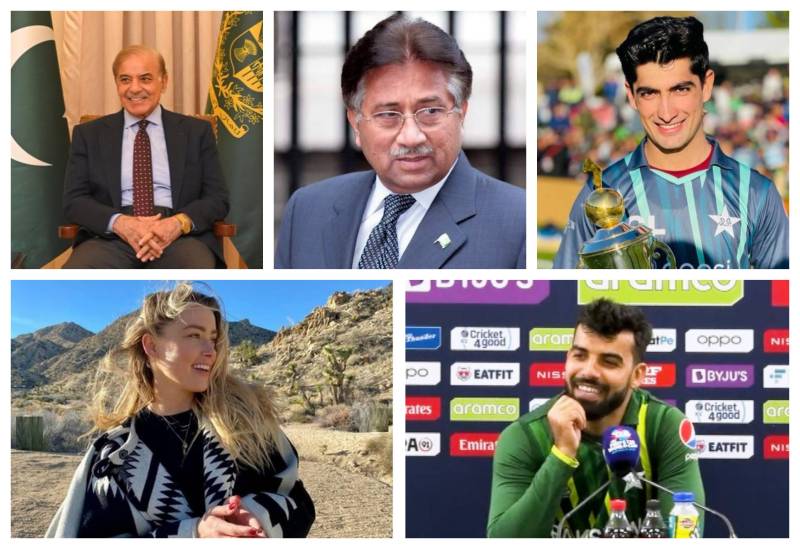 Google has released its top search results for the year 2022 across various categories, including most searched personalities in Pakistan.

In the top 10 list, two are the foreign nationals and five are the national cricketers. Interestingly, on Bollywood celebrity could get a place in Top 10 searches of 2022 in Pakistan.

Right-arm speedster Naseem Shah has topped the list the most search persons in Pakistan. From his record-breaking performance in Test series against Australian and winning sixes against Afghanistan in the Asian Cup to mispronunciation of English language worlds and popularity among Indian actress, he has been in the headlines across the years.

Former president Gen (retd) Pervez Musharraf is the second most searched personality of 2022 in Google Pakistan. Earlier this year, rumours regarding his death had emerged but these had been rejected by his family members. He has been living in the UAE since long. He ruled the country from 1999 to 2007.

Controversial writer Salman Rushdie is at the third place in the list as people googled him after a knife attack on him in the US.

Pakistani cricketer Iftikhar Ahmad is the fourth most searched person on Google in Pakistan. In October, he smashed 51 off 34 balls as he slammed four sixes in a match against India in the T20 World Cup 2022.

Mohammad Rizwan is a Pakistani wicketkeeper-batsman and he achieved various titles on the back of his impressive performance round the year.

Prime Minister Shehbaz Sharif secured sixth place in the list. He started making the headlines in April last when PTI chief Imran Khan was removed as premier through a no-confidence motion and he came to power as a joint candidate of the opposition alliance, PDM.

Pakistani all-rounder Shadab Khan remained in searches on Google for both good and bad reasons. He faced public criticism for dropping key catches in final against Sri Lanka in the Asia Cup 2022. However, he also achieved a title of leading Pakistani wicket-taker.