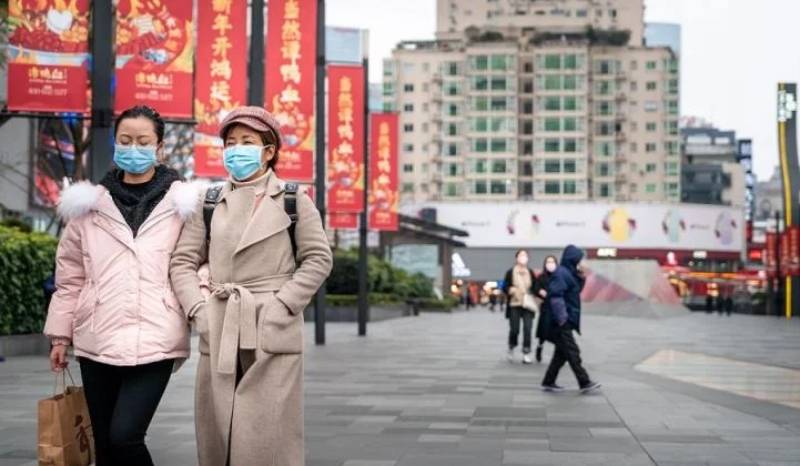 BEIJING – The Chinese foreign ministry Thursday informed that 19 foreign nationals had been confirmed of novel coronavirus pneumonia, among them, two had been cured and discharged from the hospital while 17 were receiving treatment in isolation.

“According to data from the competent authority, as of noon February 6, 19 foreign nationals have been confirmed of 2019-nCoV pneumonia, among them, two have been cured and discharged from the hospital while 17 are receiving treatment in isolation,” Chinese Foreign Ministry’s Spokesperson Hua Chunying said during her regular online briefing held here.

She remarked that China attached high importance to addressing the concerns and demands of foreign nationals in China, especially those in Wuhan, Hubei Province.

“The Chinese government has provided timely, multilingual information and advisory services on epidemic prevention and control to foreigners in China,” she added.

To a question, she said that the foreign ministry and relevant local governments held briefings on the situation of prevention and control of the epidemic for foreign embassies and consulates in China to respond to their concerns in a timely manner.

The spokesperson said that Hubei province has strengthened the epidemic prevention and treatment concerning foreigners, and provided guidance to foreign patients in accordance with the tiered diagnosis and treatment system and as required by the community grid management and added “We have strengthened the protection and assistance for foreign citizens.”

She said that many provinces and cities had included foreigners living there in the working mechanism of local governments and communities to meet their needs in life, epidemic prevention and treatment.

Regarding termination of flights to and from China due to the outbreak of coronavirus, she said the Chinese government had lodged stern representations with the countries which had stopped flight operation with China.

These measures went against the expert advice from the World Health Organization (WHO) and had caused panic among the general public, she added.

Hua Chunying pointed out that both the normal operation of people-to-people exchanges and the regulation of the international aviation transportation market, had been severely obstructed.

She said that China put strict virus prevention efforts into practice after the news of the outbreak, and these measures were making positive outcomes.

The spokesperson urged relevant countries to think twice before overreacting and hoped that these countries could stop restricting airlines from operating flights.

The death toll from the virus was at least 638 as of Thursday evening. All but two of the deaths were in mainland China, with one person succumbing in the Philippines and another in Hong Kong. More than 31,000 people have been infected with the virus worldwide, the vast majority of them in China.

In Japan, at least three Americans were among 61 passengers confirmed to have the new coronavirus on a cruise ship quarantined at a port.

The number of cases in the US rose to 12 on Wednesday, with officials in Wisconsin confirming the state's first case. There are also cases in California, Arizona, Massachusetts, Washington and Illinois.