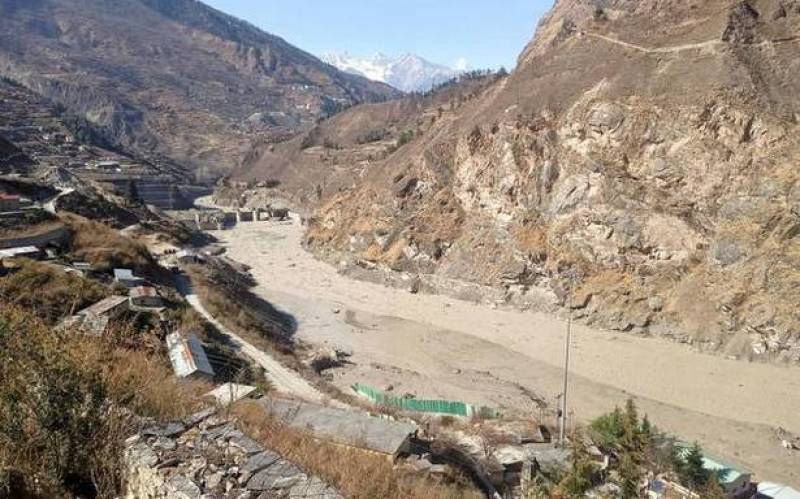 DHERADUN – About a 150 people are missing and feared dead after a Himalayan glacier burst, crashing into a hydroelectric dam and flooding villages.

The glacier that broke the dam caused a deluge of water to pour through the neighbouring valley in the Tapovan area of Uttarakhand state. Several villages have been evacuated and many people have been saved by locals and emergency services, but at least 150 people have been reported missing and feared dead as they were the first to face the flood emerging from the dam’s destruction.

Videos shared on social media shows the dam getting breached and floodwater streaming through the area, causing destruction in its path. “It came very fast, there was no time to alert anyone,” Sanjay Singh Rana, who lives near to the Dhauli Ganga river, told the Reuters news agency. “I felt that even we would be swept away.”

Most of the missing people were workers at power projects near the breached Rishiganga Hydroelectric Project.

Emergency services rescued 16 workers trapped inside a tunnel that had been filled with debris. Chief Minister of Uttarakhand, Trivendra Singh Rawat, said teams from the police and the army were “doing their best to save the lives of the workers.”

Indian Prime Minister Narendra Modi tweeted that he was monitoring the situation, adding “The nation prays for everyone's safety there.”