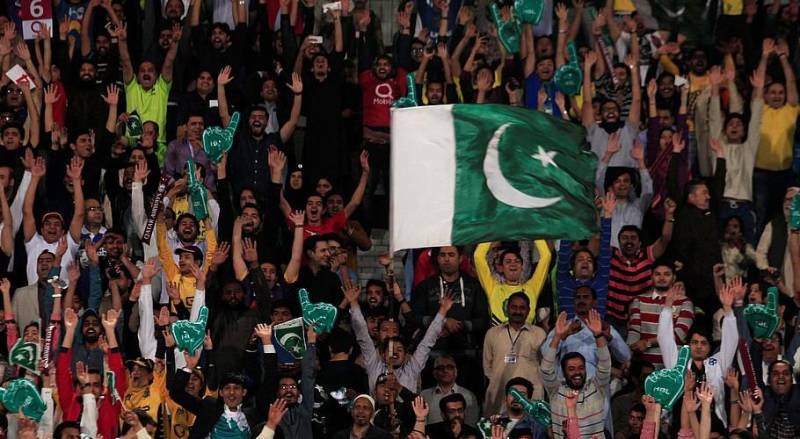 ISLAMABAD – Gaddafi Cricket Stadium is set to return to full capacity as Pakistan’s top monitoring body on novel Covid-19 has decided to ease restrictions for the second leg of the Pakistan Super League (PSL) 2022.

The National Command and Operation Centre (NCOC) said Pakistan Cricket Board (PCB) got the approval to allow 50 percent spectators of the stadium’s capacity in matches till February 15 while full crowd occupancy has been allowed for the remainder of the flagship cricket league.

Earlier, officials allowed only 25 percent occupancy during the first leg of the tournament in Karachi.

The decision was taken in an NCOC meeting chaired by Asad Umar. Amid a major drop in Covid cases, officials have decided to abolish Rapid Antigen Testing (RAT) for inbound passengers from tomorrow.

Pakistan Cricket Board (PCB) Chairman Ramiz Raja on Monday appreciated the National Command and Operation Centre’s (NCOC) decision to move up the capacity of spectators from 25% to 50% during the Lahore leg matches of the ongoing Pakistan Super League (PSL).

In a statement, Raja said he was hopeful that the stadium will be filled with a good crowd.

PCB chief said he is hopeful that Lahore leg matches will be as entertaining as Karachi leg matches, however, he lamented that the authorities had devised a master plan for cricket lovers during PSL 7 but implementation wasn’t possible due to COVID-related restrictions.

The Lahore leg matches — which will be staged completely under the lights of the Gaddafi Stadium — will kick start on February 10, with the unbeaten Multan Sultans facing off against Peshawar Zalmi.

He mentioned that he himself monitored the preparation of pitches today, assuring that he will try his best to make good pitches.

“Only good pitches can make us a great team,” Ramiz Raja reiterated.

ISLAMABAD – Pakistan on Monday registered 3,338 fresh coronavirus infections, a fall of over 1,500 cases in a ...

As of Monday, Pakistan reported 3,338 new coronavirus cases in the last 24 hours, down from 4,874 a day earlier. It marked the second straight day that less than 5,000 infections were confirmed.

The national positivity rate also dropped to 7.5 percent and has remained below 10pc for a week.

LONDON – Virologists are studying the latest Covid-19 variant, dubbed as BA.2, that is found in most recent cases ...