Rabi Pirzada posts video of herself reciting the Holy Quran 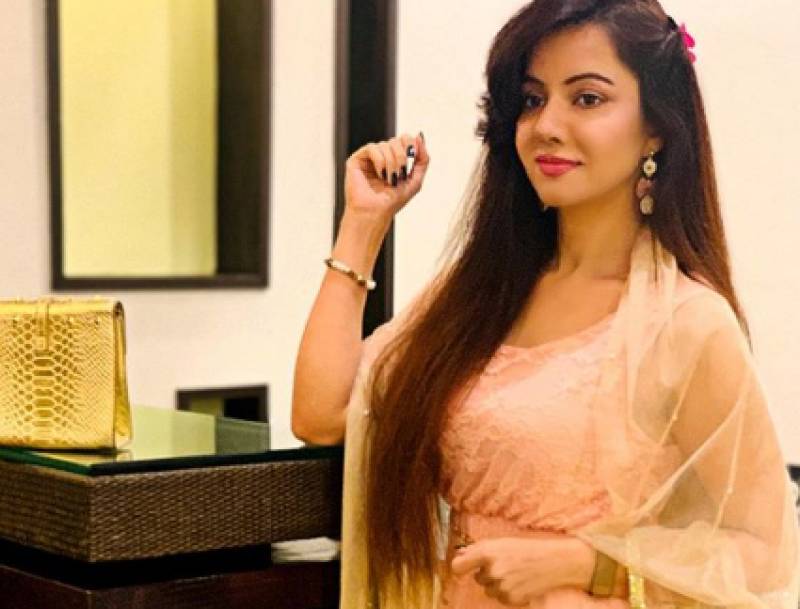 LAHORE -  Rabi Pirzada recently started reading the Holy Quran with translation and wants everyone else to as well.

Recently, Pirzada had posted a video of herself reciting the Holy Quran on Instagram and urged people to join her to spread the word of God.

For complete video https://youtu.be/QEoDrgkRswo کب سے میں لائیو قران ِپاک کی تلاوت کر رہی ہوں۔ مگر اس نئے سال میں مجھے دین سیکھنا اور پھیلانا ہے۔ اور وہ بھی ترجمے کہ ساتھ۔ کچھ وقت اللہ کو دے کر آپ بھی دیکھیں کیا پتہ آپ کی زندگی بھی بدل جائے۔ Islam is the second largest religion in the world after Christianity, with about 1.8 billion Muslims worldwide. But most of them haven’t studied the real meanings of Quran. I started reading and understanding Quran but not alone. I want all of you to be with me, let’s spread the words of Allah. May we all get HIDAYAT. #chotisibaat

Earlier, the former pop singer and television host began a thread on her Twitter handle with some pictures of herself creating calligraphic cards, captioning the post with: “Seek help in patience n prayer’s truly it is hard save for d humble-minded [sic].”

Pirzada continued that she had a few confessions to make by saying everyone makes mistakes. She was a Muslim in name only, offering prayers without knowing the meaning of them and donating her concert income to charity without calling it zakat, she said.

In November, Pirzada had announced that she was quitting showbiz following the online leak of her private pictures and videos. Soon after that, she went to perform Umrah. She had also filed a complaint with the Federal Investigation Agency, seeking action against those involved in the privacy breach.

Have anything to add to the story? Let us know in the comments box below.