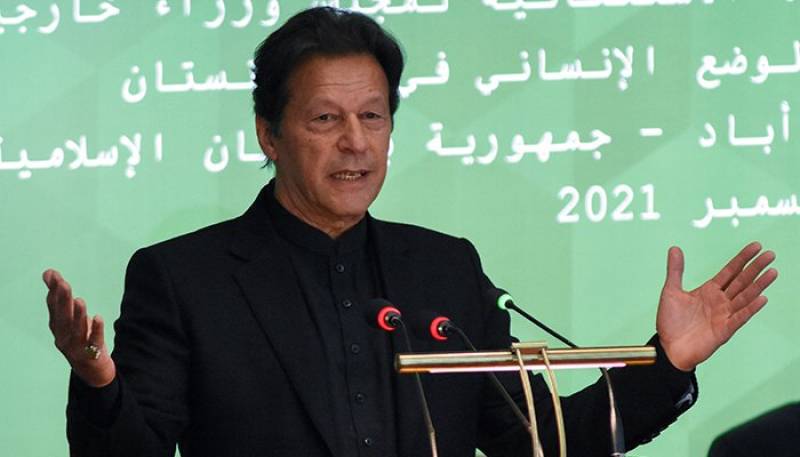 ISLAMABAD – Prime Minister Imran Khan has said that Pakistan has performed exceptionally well in combating Covid-19, compared to the other countries in the region.

He expressed these views while chairing a meeting of the Macro Economic Advisory Group in Islamabad on Friday.

The prime minister said government's policies of Smart Lockdown and incentive for the construction industry, social protection programs and subsidies for industries, small and medium enterprises kept the economy growing at a steady pace which have been praised by commentators globally.

The prime minister said despite worst balance of payments crisis in the history of Pakistan in 2018, economic difficulties due to COVID, high commodity prices in the global market and humanitarian crisis in Afghanistan having direct and indirect impact on Pakistan, the growth is still expected to be above four percent which is a huge achievement.

The meeting was given a comprehensive overview of the overall economic situation of the country, the government's steps to mitigate the effects of high commodity prices on common people and government's achievements in the last three years.

ISLAMABAD –According to the latest statistics from National Command and Operation Centre (NCOC), at least 1,293 ...

The meeting was informed that after successfully averting the crisis that the previous government left, robust economic stabilization measures were taken which resulted in high growth compared to all regional countries even in the tested times of COVID.

The exports have shown an increase of 25 percent, tax revenues are record high with an increase of 38 percent and remittances have also increased by 27 percent.  Moreover, the agriculture sector witnessed record incomes, record high profits of 950 billion rupees by industries, boom in IT sector due to government's IT policy, reduction in monthly circular debt after successful IPP tariff agreements.

In addition to the above, the government fulfilled its promise of a welfare state by launching the biggest social safety program under Ehsaas, brought institutional reforms and successfully complied with FATF's conditions which saved us from going into the blacklist.

The meeting was also presented with proposals to mitigate the transfer of the effects of high global commodity prices to common people. The proposals included an increase in incomes, purchasing power of the people, subsidies focused on middle and lower income classes and expansion of social safety net.