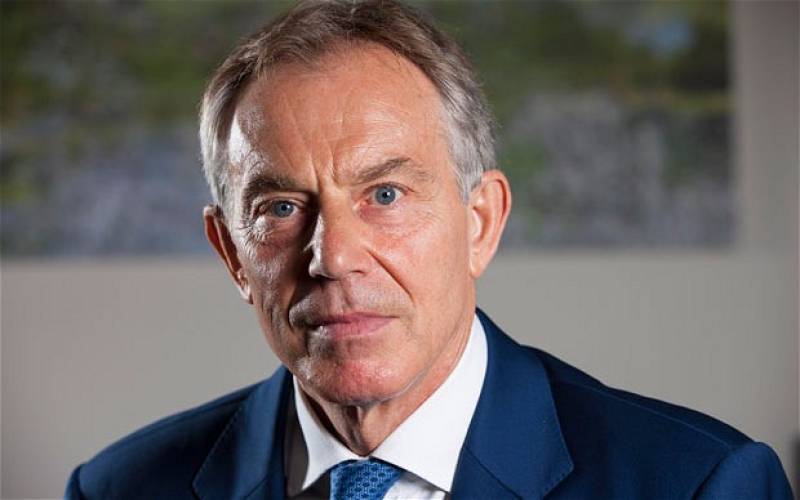 LONDON - Tony Blair pleaded critics to stop questioning his intentions over Britain's disastrous joint invasion of Iraq with US and NATO forces after a blistering verdict by the Chilcot inquiry - but commentators on Thursday showed scant sympathy.

"For his own sanity, he still has to tell himself the world is 'better and safer' for him joining George Bush's assault on Iraq. It is a monumental delusion," said an editorial in The Sun, Britain´s top-selling paper.

It added: "Blair does admit the post-war planning was a calamity. That is his only concession. He sees no reason to apologize for his decision to go to war and insists he'd do the same again.

"He still believes he had no choice. You could have said no, Tony," the editorial concludes.

After the publication of the long-awaited inquiry report on Wednesday, Blair gave an emotional two-hour press conference in which he acknowledged his mistakes but defended his intentions, adding that he would do it all over again.

Newspaper coverage on Thursday was scathing of the former Labour prime minister, who won three elections but stepped down in 2007 with his reputation in tatters, as Iraq collapsed into sectarian violence after the failed NATO occupation.

Appearing close to tears, Blair had said he felt more sorrow than anyone could imagine for the conflict.

In the left-learning Guardian, commentator Anne Perkins admitted that "it feels cheap at such a time to doubt someone's sincerity".

"But I have seen him look stricken before - and like millions of other voters, I don't trust him anymore," she wrote, adding that he was guilty of "unbowed arrogance".

Michael Deacon, the sketch writer for the conservative Daily Telegraph, noted that Blair refused to apologize for the invasion.

"What to make of it all? An honest plea for understanding from a broken man? Or a performance, an immaculately executed impersonation of one?" he wrote.

John Crace, the sketch writer for the Guardian, said his performance showed sorrow mainly for himself.

"Me, me me. The war hadn't been about the 179 British soldiers and several hundred thousand Iraqis who died. It had been about him all along," he wrote.

Drawing on Monty Python's comic film "Life of Brian", he added: "Tony's eyes burned with the conviction of martyrdom. He wasn't a naughty boy, he was the Messiah.

"And he was heaven-bent on carrying on fighting a war he lost long ago."

"He may have hoped it would be as a US war hero with all the lucrative benefits associated with it," he wrote.

"Instead he will be remembered for inflicting a terrorist firestorm on a fragile and unstable world."