Feroze Khan just removed all of his Instagram posts 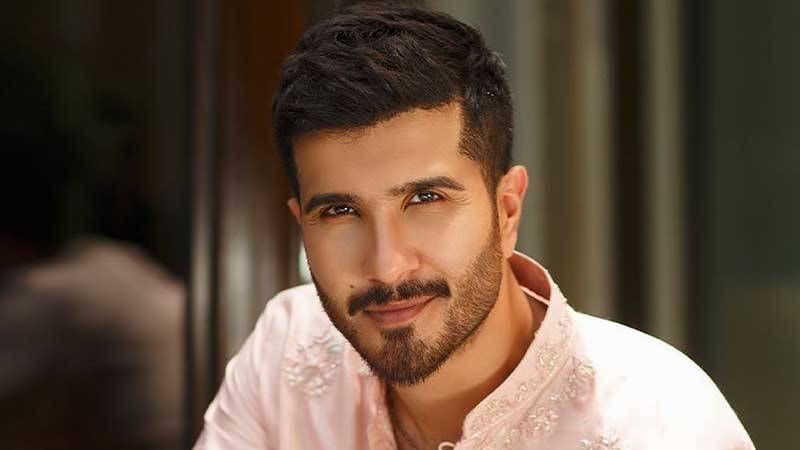 Pakistani superstar Feroze Khan is an avid social media user but he left his fan following contemplating with his latest move.

The Khaani star deleted all of his Instagram posts and posted a story to tells his fans that they should not worry about the vanished posts since they are archived.

Turning to Instagram handle, the Gul E Rana actor shares a story that read, “Not deleting any posts just acrhived. All love” followed by heart emoji. 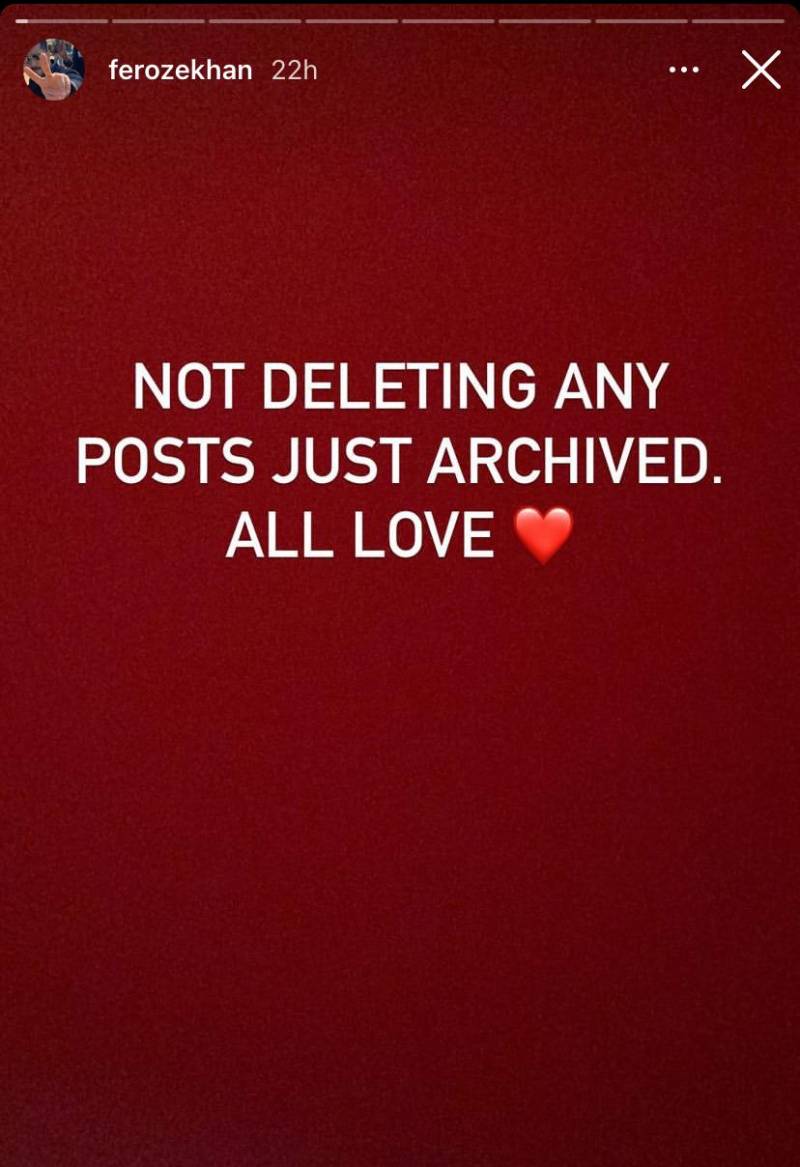 Despite Feroze himself clearing the air, the sudden shift in his social media handle did not sit well with the fans whose curiosity got ignited. 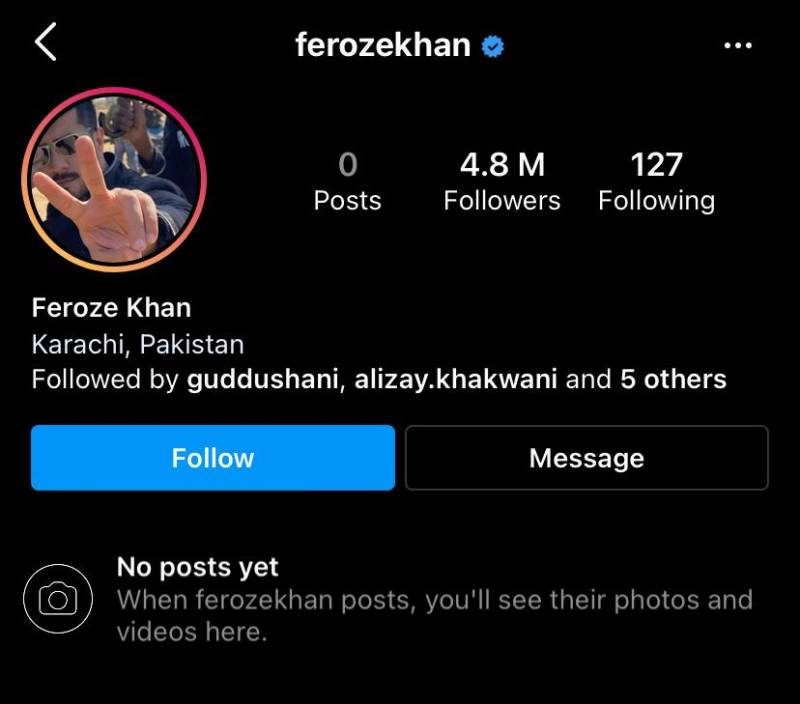 After carving a niche for herself in showbiz, Feroze is currently shooting for his upcoming drama with famed director Ahsun Talish.

Moreover, Khan's Khuda Aur Mohabbat 3's fame has skyrocketed as its every episode shatters records on Youtube. Written by Hashim Nadeem, the third instalment of the famous franchise is indeed as magnificent as promised and has gained popularity among the masses.

Feroze Khan wins hearts as he meets up with Abdul Malik who is a watermelon juice seller trained in aeronautical ...