Feroze Khan all smiles as he poses with viral aeronautical engineer 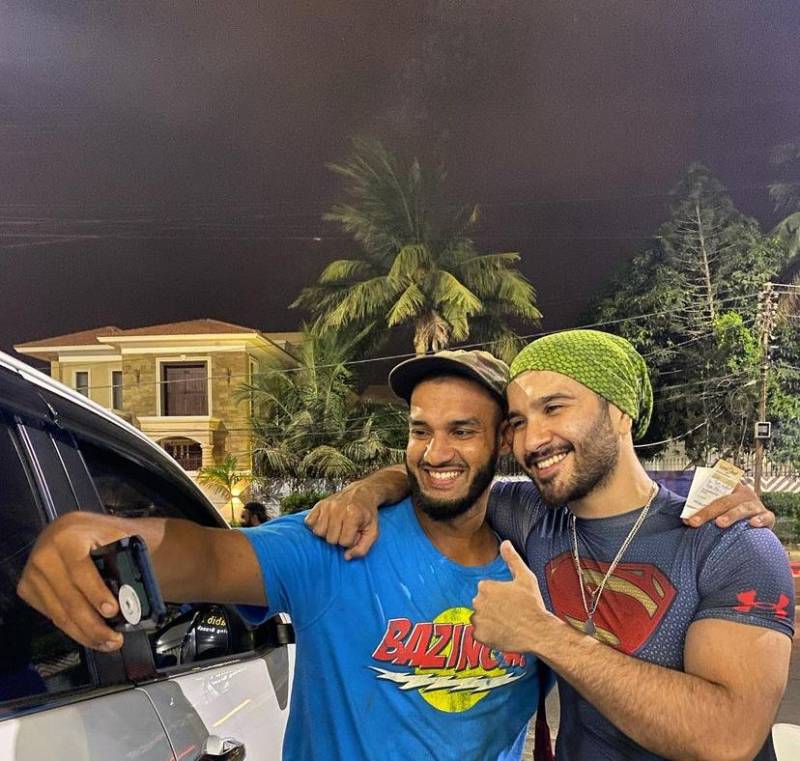 Feroze Khan wins hearts as he meets up with Abdul Malik who is a watermelon juice seller trained in aeronautical engineering.

Hailing from Karachi, Malik received his Bachelor’s degree from China but had to resort to selling juice amid the lack of professional opportunities in Pakistan.

Keeping his spirits high, the Khaani star was there to praise and laud him after Abdul Malik's story went viral on social media.

Turning to Instagram, Feroze posted a picture of himself and Malik on his Instagram as they clicked a selfie.

“So I met the engineer that studied aeronautical engineering in China and ended up working on a juice stall here. What a beefed-up guy with a charismatic personality and a bright, hopeful smile."

Further, he went on to add, "I love such people! I wish all you strugglers out there nothing but the best. The light. The win. The dreams. They are all waiting for you. Go get ‘em! Yours truly, FK.”

Malik received his early schooling in the United Arab Emirates and later went to China for his undergraduate studies. Next, he interned at the Pakistan Aeronautical Complex Kamra and also worked as a trainee engineer at the Peshawar Flying Club.

Yet despite his experience, the talented engineer was unable to land a job with an acceptable salary.  "I think I had to face a setback because there was no one to refer me I stayed jobless for six months before trying to sell juice. But once I started, it became an instant hit and people started loving it. But I think my career and future have been destroyed." he concluded.

Feroze Khan's stardom is unmatched when it comes to the drama fraternity and in a short span of time, he has ...