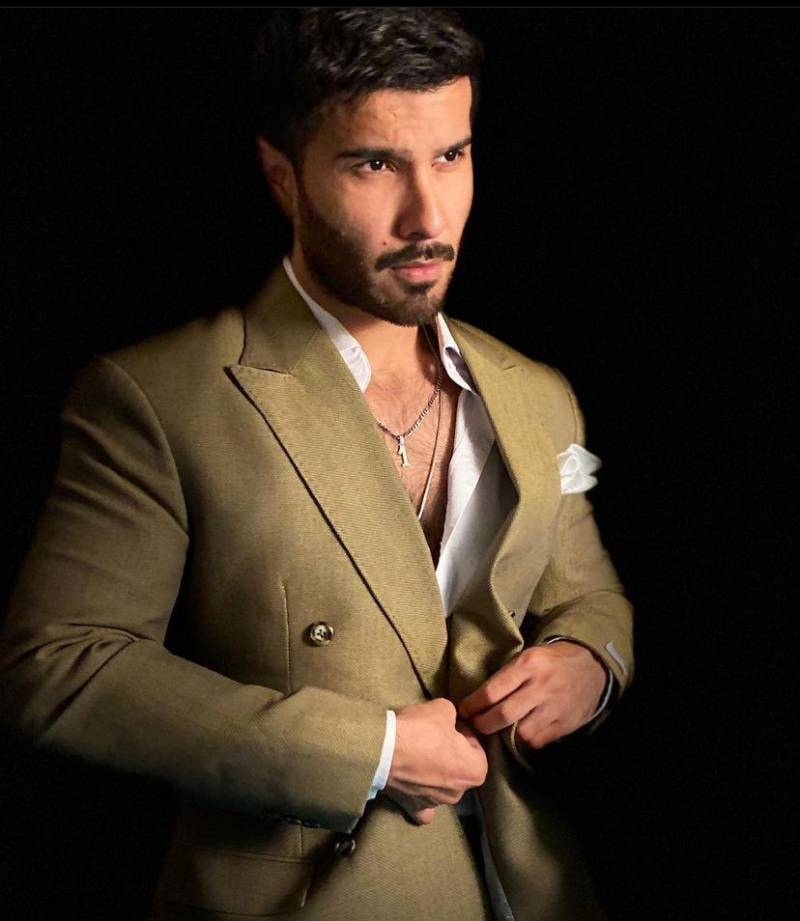 Feroze Khan's stardom is unmatched when it comes to the drama fraternity and in a short span of time, he has established himself as the chocolate hero of the industry.

The 30-year-old broke millions of hearts when he tied the knot with Alizay but the rumour mill has been abuzz for quite some time that the couple has separated. Later, Khan's latest revelations and posts cast further doubts.

Recently, the spectacular sibling duo Feroze Khan and Humaima Malik were spotted in the show “Time out with Ahsan Khan”. While reflecting on life, their impressive acting career and popularity, the duo had a lot of interesting revelations to their credit.

In one of the segments, the host Ahsan Khan asked the Khaani star to elaborate on his previous statement about marrying at an early age.

The Khuda Aur Muhabbat 3 star responded confidently and elaborated, ” No, I think I had to marry at a younger age. And marriage is learning I think we should marry more than once like our Prophet (PBUH)."

Earlier, Khan embarked on a spiritual journey and decided to quit his successful career to pursue religious endeavours.

Feroze Khan tied the knot with Syeda Alizey Fatima Raza in 2018 and the couple has a son named Mohammad Sultan Khan.

On the professional front, Feroze has been riding high on the success of the popular drama serial Khuda Aur Muhabbat 3.

The world of glitz and glamour is not all about flashy camera and beautiful smiles. The ugly sides can torment one with ...